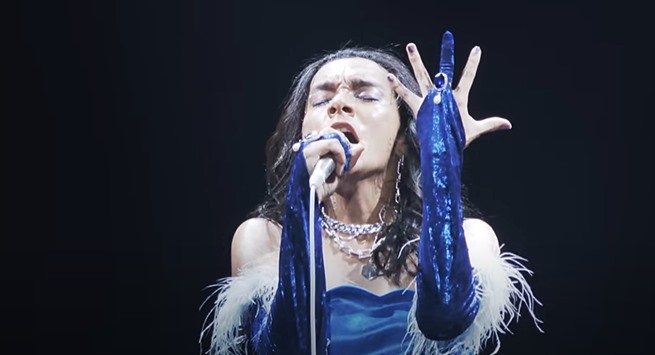 Japanese rock band Queen Bee’s live performance of ‘Violence’ is out and, wow, is it a banger as it kicks off with band lead singer Avu-chan almost screaming the vocals a cappella with his trademark growly voice, before the rest of the band finally joins in.

And Ye Gods, Avu’chan’s vocals are so “on fire”, my voice hurts just listening to him.


Queen Bee’s ‘Violence‘, of course, is the ending theme song for the 11th episode of the hit anime Chainsaw Man.

It was digitally released in Japan on December 1st and ended up at #7 on the Oricon weekly singles chart. It also charted at #91 on the Billboard Japan Hot 100 chart.

‘Violence‘ has also received just over 1.4 million plays on Spotify, far lower than all the other Chainsaw Man ending theme songs so far, which surprises the hell out of me.

The band’s latest album Twelve Dimensions (十二次元, Jūni Jigen) is due out on February 1st in both Normal and Limited Editions via the Sony record label.

It will be the rock band’s first full-length release since their 2020 seventh studio album release of BL.

Queen Bee’s live performance of ‘Violence‘ is the first time the song has been performed by the band live in concert.

It occurred at the Christmas Day concert in Tokyo.

Watch the band’s perform the track in concert via the video below because, hell, that’s astounding.