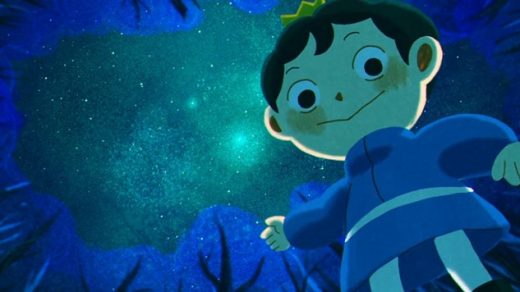 The coming-of-age Ranking of Kings has been the pleasant surprise of the Fall 2021 anime season, and now of Winter 2022. (Edit: the anime took a drastic downturn in Episode 12, and so far hasn’t recovered).

With its childlike cartoon style and chibi protagonist, the anime initially fooled a lot of people into thinking it was for children but not for them.

That is until word began to spread online that Ranking of Kings was the anime series to watch in 2021/2022.

After all, who doesn’t love a story about an underdog — Prince Bojji — who, while treated terribly by almost everyone around him, hides his sadness deep inside himself and never ever ever gives up.

And a story about his ally — dark shadow Kage — the only surviving member of his clan and family, and someone who has been treated as awfully as Bojji, but starts out by treating Bojji poorly as well.

Until, that is, he suddenly realizes the two of them are no different from each other, and the only way forward is for them to unite against the world.

When you add in that the Ranking of Kings art style is beautifully drawn, the animation is superb, the writing is solid and the characters who initially grabbed your interest develop so much in each new episode, you love them more and more, it really is no wonder Ranking of Kings is earning such praise. 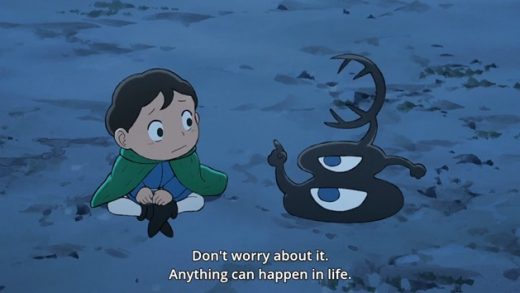 Throw in a decent soundtrack, and Ranking of Kings is an anime most people will enjoy.

But while many fans are raving about the anime’s opening theme song — King Gun’s ‘BOY‘ — and a good song in its own right, I am more partial to the Ranking of Kings ending theme song — ‘Oz‘ by Yama. 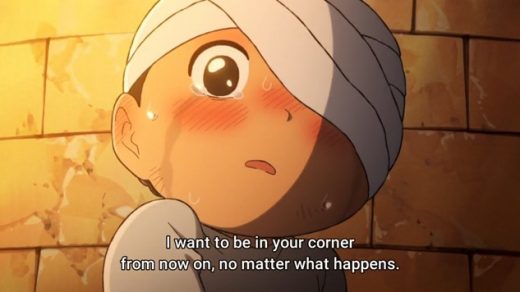 Because, to me, ‘Oz‘, with its bordering on sad but yet hopeful melody, perfectly Ranking of Kings-appropriate lyrics and, of course, Yama’s lovely voice, this track is the true standout.

Now don’t they describe the relationship between Bojji and Kage just beautifully?

Listen to the Ranking of Kings ending theme song — ‘Oz‘ by Yama — in the song’s official music video.

Beautiful in its own right, when listened to in connection with this wonderful anime, ‘Oz‘ is even lovelier.

Ranking of Kings is currently streaming on Crunchyroll. If you haven’t started to watch it yet, do.