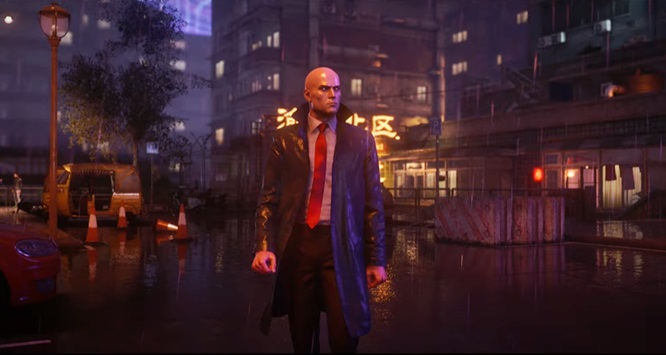 Ray tracing is becoming the new thing in video games this year with developer IO Interactive just one of the companies planning on implementing the new technology in their games.

In IO’s case it means there will be ray tracing in Hitman 3 on at least PC, if not on every platform the stealth game is available on. Not when the game launches, unfortunately, but definitely some time in 2021.

The announcement about ray tracing in the game was made in a blog post detailing a new relationship between IO and chip manufacturer Intel.

In it, IO mentioned the Intel partnership will also allow them to optimize Hitman 3 in other ways besides ray tracing. Ways that will drastically improve the gaming experience for those people who own high-end PCs or multi-core CPUs.

The developer gave examples of what people using the highly optimized settings in the game can expect — the ability to have more people in crowds and to see more details on their faces, for instance, or better and more complex destructibility in various locations.

Ray tracing in Hitman 3 would also improve the look of the game, with objects and locations looking more realistic and more detailed due to the effects of light and shadows.

Imagine crystal clear reflections in puddles, for example, just like you would see in real life.

IO Interactive added there would be more details about the technology as relates to Hitman 3 available in the next few weeks, but expect ray tracing to come to the game very soon.

For me, I couldn’t care less whether objects or a location look more realistic or that lighting or shadows look better, as that is not why I play video games. Especially as ray tracing definitely puts more strain on your computer.

But, as long as ray tracing remains an option for the time being (until I get a more powerful computer, of course, and then I’m all for it) and not a requirement to play a game, I’m fine with its implementation.

The technology is likely to be extremely important for those who play VR games, however, as why play a VR game if it doesn’t look as close to real life as possible?

Hitman 3 (without ray tracing) will be releasing on January 20th, 2021 on PC, PS4, PS5, Xbox One, Xbox Series X/S and Stadia. You can probably expect the ray tracing elements to be available for at least PC soon after.

Meanwhile, watch the latest Hitman 3 promo video in the newly revealed location of Chongqing and a mission during rain to see just how beautiful the game’s graphics are likely to be.

Yep, for visual effects alone, this game is definitely going to blow up.