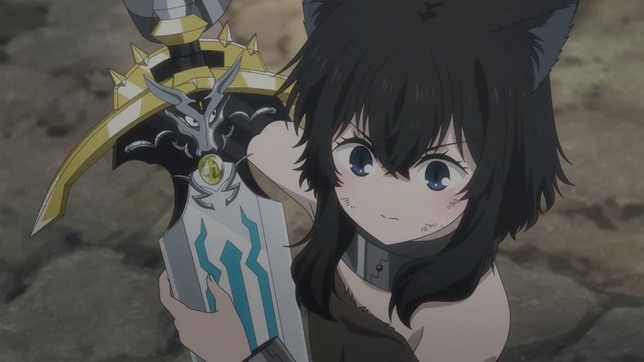 Fans of the Reincarnated as a Sword anime will be thrilled to learn a second season is already in development.

That news came today as the final episode of Season 1 aired, along with a new visual (see below) and a commemorative video.


The Reincarnated as a Sword Season 2 visual features Fran carrying the sword Shishou (aka Master).

Black cat beastskin Fran is as cute as always, and both are wearing new equipment. Both also look a little shocked at the news that they’ll be back in Season 2.

No word yet on when Season 2 of the isekai anime will air, or if the director and cast will remain the same. We will keep you posted as soon as we find out.

The Reincarnated as a Sword anime is based on the light novel series written by Yuu Tanaka.

There is also a manga adaptation of the light novels out, also written by Yuu Tanaka and with art by LLO.

Seven Seas Entertainment is publishing the English language version of both the light novel series and the manga adaptation.

There is a also a spin-off manga called Reincarnated as a Sword: Another Wish, also being published by Seven Seas.

Watch the just-released commemorative video for Season 1 of Reincarnated as a Sword, and enjoy the first visual out for Season 2 above.

You can watch all 12 episodes of Season 1 via HiDive.