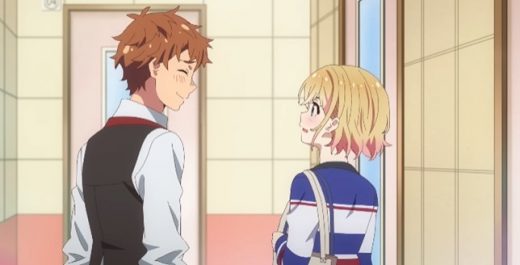 With there being an enormous number of fans of the rom-com anime series Rent-a-Girlfriend, it is highly likely the just released Rent-a-Girlfriend Season 1 Premium Box Set on Blu-ray will sell out quickly.

Especially as it comes with a slew of cool extras.


The Rent-a-Girlfriend Season 1 Premium Box Set is being sold at Sentai Filmworks as of its release date today, and includes:

When Kinoshita Kazuya’s new girlfriend brutally dumps him, he discovers a surprising new alternative – renting a girlfriend instead!

However, while this does let Kazuya avoid the embarrassment of explaining to his friends and family why he’s suddenly partner-less, he’s unprepared for what happens when Mizuhara Chizuru arrives to fulfill his rental contract. Not only is she completely not what he expected, but her real life has a frightening number of cross-overs with his own!

And when it turns out that his grandmother is just crazy about Chizuru, it’s not like he can just swap her out for a different model! Or can he? Will Kazuya and Chizuru’s relationship progress beyond a “goods purchased” mode? And what happens if Kazuya’s ex-girlfriend decides to re-enter the picture?

Rent-a-Girlfriend Season 1 premiered in the Summer, 2020 anime season on Crunchyroll.

Watch the anime’s official trailer below, then head to Sentai to pick up the Rent-a-Girlfriend Season 1 Premium Box Set on Blu-ray.

But better do it fast before they are all gone.

RELATED: Who voices Chizuru in Rent-a-Girlfriend? The same actress who plays KonoSuba’s Aqua