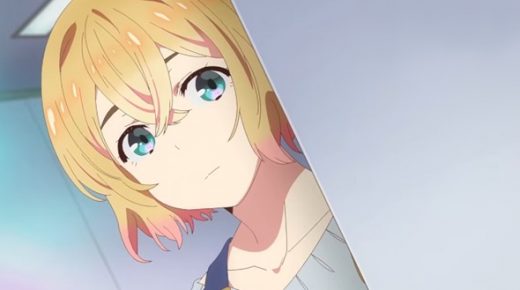 Rent-a-Girlfriend Season 2 premieres on July 2nd so, of course, it is the perfect time for a new Mami Nanami character video.

Mami, of course, being Kazuya’s ex-girlfriend, and the girl who dumped him after just one month of dating, then decided she wanted him back.


She is also Best Girl for quite a number of Rent-a-Girlfriend fans, who seemed to like her more and more the longer the anime went on.

That’s why the just released Mami Nanami character video for Season 2, which shows Mami just being typical Mami, (you know, manipulative), is likely to please.

Kazuomi Koga is back to direct the series, with Mitsutaka Hirota again responsible for series composition, and Kanna Hirayama returning as character designer.

Aoi Yūuki is back voicing Mami.

Rent-a-Girlfriend Season 2 is based on the popular rom-com manga by Reiji Miyajima, which currently has 26 volumes out in Japanese, as of May, 2022.

Kodansha is publishing the English language version, with 12 volumes out in English so far and the 13th due out on June 14th.

Give yourself a refresher before Rent-a-Girlfriend Season 2 kicks off in July with a re-watch of the series’ first 12 episodes on Crunchyroll.

And, of course, watch the just released Mami Nanami character video below. Yep, she might be a bit of a handful, but she’s cute.