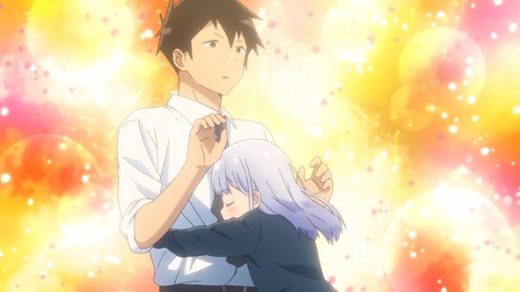 One of the anime series I have been desperately waiting for — Aharen-san wa Hakarenai — has finally premiered this week and, man, was it worth the wait.

Because, with about 10 belly laughs in just the first 15 minutes, this thing is one of the funniest anime I have watched in a while.


So, let’s get to why, from Episode 1 at least, it appears Aharen-san wa Hakarenai could be one of the gems of the Spring 2022 season, and definitely as funny as the manga it is based on.

The first episode of Aharen-san wa Hakarenai (aka 阿波連さんははかれない, “Aharen-san Is Indecipherable“) kicks off with first-year student Raido Matsuboshi deciding he wants his high school experience to be better than middle school, where he spent most of his time alone due to his ‘unfriendly face’.

So, he introduces himself to Reina Aharen, the tiny cute girl sitting next to him, but she doesn’t reply.

Determined to not have high school be as bad as middle school, Raido keeps trying to get a response from the girl, but everything he says to her is just met with a stare. 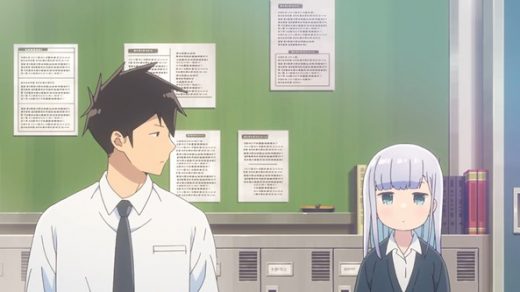 By the end of the day, Aharen-san has ignored everything he said, so the day after he is amazed when, after dropping her eraser on the floor and Raido handing it back to her, she talks to him.

But so close to his face there is barely an inch between them.

It is then he realizes Aharen has the quietest voice imaginable. That means, all the times he talked to her the day before, she was probably answering him but he couldn’t hear her.

The other odd thing is, now that he picked up her eraser, Aharen believes that makes them best friends, and now she is eating lunch with him — sitting so close she is almost on his lap — and walking home with him attached to him like glue.

It is here the physical comedy excels — from Aharen passed out on Raido’s lap from lack of sleep, to her walking down the street wrapped around his arm, and even dragging on his leg and then pulling her way up it like a fabled Japanese ghost.

All of this and more is so beautifully done by Felix Film.

Meanwhile, Aharen explains what her problem is. It seems she doesn’t understand personal space, so always ends up too close to people.

Raido tells her that really isn’t a problem, as he doesn’t mind, so soon Aharen is closer to him than even his own family.

This introduces the strange relationship between Raido and Aharen, and sets up the episode for some of the funniest scenes in anime.

From Raido coming up with 10,000 ways to make it easier to hear Aharen’s quiet voice — with none of them working — to him struggling to win one doll at the game arcade, only to have Aharen win a doll on every try, almost every scene is so beautifully written and so wonderfully animated when it comes to the dead-pan humor, I laughed the whole way through it. 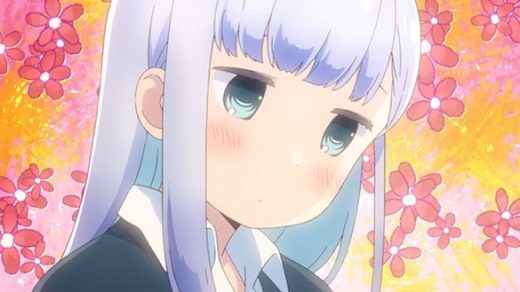 What also makes Aharen-san wa Hakarenai, Episode 1 such a lovely show are the personalities of the two protagonists.

Raido, likely because he had his own problems making friends when he was younger, is the perfect new friend for Aharen. As, even if she is awkward, strange and stuck to him like a leech, he doesn’t get angry or push her away.

Instead, he just calmly lets her attach herself to him everywhere he goes, treating her kindly every time she shows up.

Aharen too is wonderful as, sure, she knows she has a problem with understanding other people’s personal space, and does worry about that. So much so, she spent all night after her first day at school worrying she had already upset Raido when he was just trying to be her friend.

Like Raido, she is also kind as, not realizing he is trying to win dolls for her at the game arcade because he thinks she wants them, and miserably failing, she immediately goes to work to win them for him.

And, when his parents are away on a trip, rather than allow him to eat bread for lunch, she gets up super early so she can make him a bento just like hers.

Of course, that means she spends the rest of the day sleeping — including on Raido’s lap at lunchtime — but, hey, Raido is her friend, and you do nice things for the people you care about.

The art style in Aharen-san wa Hakarenai is also incredibly pretty (I particularly love how Aharen is drawn, with her tiny stature, chubby cheeks, beautiful lavender hair and teeny tiny mouth), the animation is nicely done and enhances the deadpan humor perfectly, and the witty writing is superb.

Aharen-san wa Hakarenai is based on the popular rom com manga by Asato Mizu and, now that I know how well Felix Film has adapted it to anime form, if every episode is as good as Episode 1, this will absolutely be one of my favorites of the season.

Watch Aharen-san wa Hakarenai, Episode 1 via Crunchyroll, and tell me I’m not wrong! And, yep, roll on Episode 2.