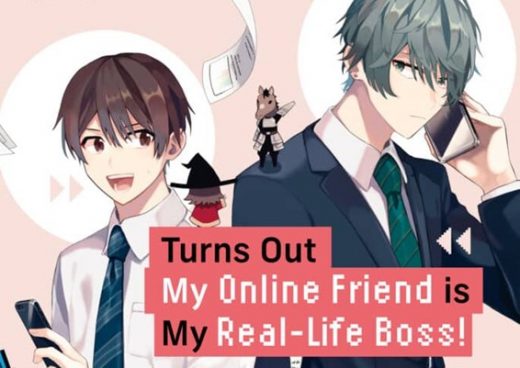 The recently released Turns Out My Online Friend is My Real-Life Boss! manga is not only a fast, funny, cute and sweet read but, if you love an innocent boys’ love story, in which the two men fall in love when neither of them would ever expect they would, it really is a gem.

The Turns Out My Online Friend is My Real-Life Boss! manga tells the story of Hashimoto, an office worker, who is constantly being talked down to by his boss, Shirase.

So much so, when Hashimoto joins his online game every night after work, it is all he can complain about with one of the guys in his online raiding party. The “demon boss” he cannot stand.

In return, Shirase gripes about one of his subordinates. A guy who, he says, is smart, but always seems to be going around in circles at work, so ends up producing sub-standard work.

Something the two become aware of when, after a year of talking online, Hashimoto organizes an offline meet-up, and Shirase shows up as his ‘online friend’. One of the funniest meetings I have read in a manga and, ultimately, one of the cutest.

And something that is even funnier as, before they meet, the pair really believe they will get along fabulously offline as they have ‘so much in common’. 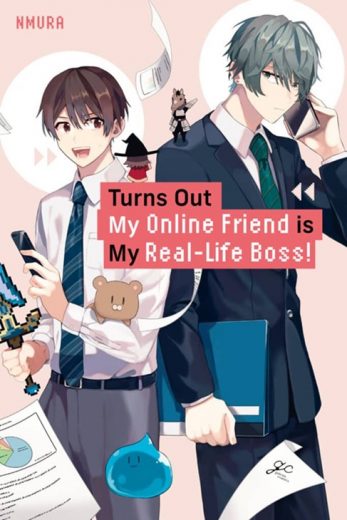 What starts out as a manga of two online buddies bitching about the people in real life who annoy them the most, turns out to be a cute boys’ love manga featuring two guys who really are the nicest of people.

If they could both just learn how to communicate offline as well as they do in the online world.

The art style of Turns Out My Online Friend is My Real-Life Boss! is cute, with clean lines, pretty characters and a fun online world.

The chapters are short — just five to 10 pages most of the time — but the dialogue is in-depth enough to fill you in on both what is happening in the online and offline worlds, as well as what is going on inside Hashimoto and Shirase’s heads.

The manga is also laugh out loud funny, especially when you know what is happening in the offline world, while Hashimoto and Shirase still have no clue.

It is also a refreshing change to read a boys’ love manga where neither of the main characters have any deep, emotional trauma to overcome and where, even during a massive misunderstanding involving several people, everyone involved still turn out to be decent human beings.

A manga that is a shounen-ai boys’ love story, by the way, and definitely not yaoi.

All in all, if you are looking for an hilarious, sweet and uplifting boys’ love manga in which it is difficult to pick a favorite person, as both Hashimoto and Shirase are so damned lovable, and one that will leave you with an enormous feeling of satisfaction when you finish reading it, Turns Out My Online Friend is My Real-Life Boss! is likely to hit the spot.

The Turns Out My Online Friend is My Real-Life Boss! manga just released via Kodansha Comics in digital format this week.

It is a one-volume, standalone manga that is well-worth the less-than-10-bucks price.

So much so, I would love a sequel so we could see how the relationship between the two men is progressing.