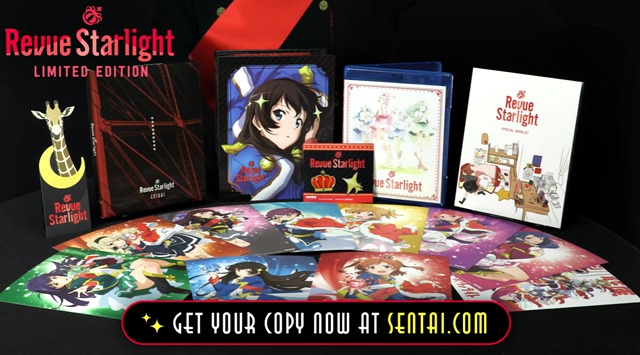 Now I wish I had been a bigger fan of the Revue Starlight anime series than I was but, for me, it just was not able to grab me like similar series could.

That being said though, the new Revue Starlight limited edition premium box set just released by Sentai Filmworks is a very nice thing and likely to please any fan of the series that buys it.

Especially as you can grab the limited edition set from Sentai for under $100.

In fact, if you are thinking about buying the Revue Starlight limited edition premium box set, the following information and the unboxing video released by Sentai should easily help you decide.

The box set comes with the following:

All of these items come in a beautifully designed limited edition box that includes artwork of all the Revue Starlight girls.

You can currently pick up the limited edition set at Sentai Filmworks but, if the series is one of your favorites, grab it fast as these box sets tend to sell out quickly.

The Real Girl premium box set can be picked up there as well.