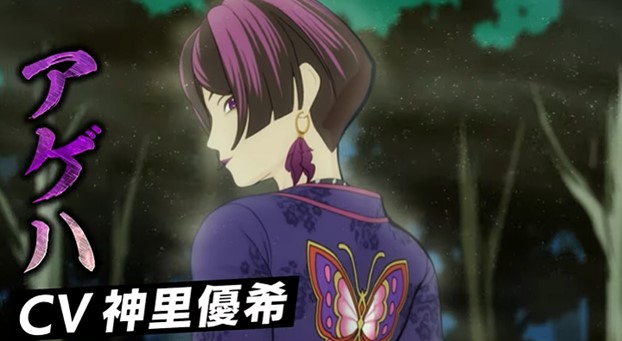 The upcoming steampunk anime series Rusted Armors (aka Sabiiro no Armor in Japan) got its first trailer today.

That Rusted Armors promo trailer not only shows off the show’s gorgeous character designs, but it also introduces some of the show’s cast.

They include Kentaro Araki (The Prince of Tennis) who will voice Tsurukubi, Takato Nagata who plays Hotarubi, Yuichiro Hirata voicing Kurohyo, spi who plays Deku, Yuuki Kamisato as Ageha and Tsubasa Sakiyama as Hototogisu.

Interestingly, this is a largely unknown voice cast for anime fans, with only Kentaro Araki working as a voice actor in the medium before.

While a Rusted Armors manga series — Sabiiro no Armor: Reimei — is now being published, the Rusted Armors series itself is also not based on a manga or light novel, but is instead based on a multimedia project that started its life as a series of stage plays.

Stage plays that told the story of the relationship between the gun-toting Magoichi — the leader of the Saika Ikki mercenary group — and the Sengoku era warlord Oda Nobunaga.

In other words, don’t expect the ‘same old same old’ when it comes to the Rusted Armors anime series, as this one could be completely different than many of those we are used to.

Watch the just released Rusted Armors promo trailer below, and check out those gorgeous character designs. The anime series is due to premiere in January, 2022.