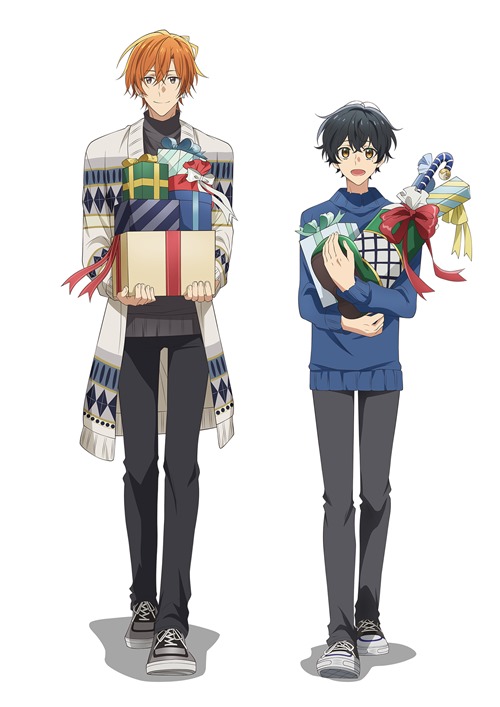 Is it just me, or are there millions of anime graphics that you just want to frame and hang on your wall?

I mean, come on, the anime medium produces some of the most beautiful artwork in the world, and so much of it is absolutely frame-able.

Take the just-released new Sasaki and Miyano visuals — two holiday-themed graphics featuring the two protagonists of the upcoming boys life anime series — that have just shown up on the anime’s official website.

The first has Sasaki and Miyano in a Christmas-themed visual, and has the two boys carrying armfuls of gifts, and obviously heading somewhere together to distribute them. 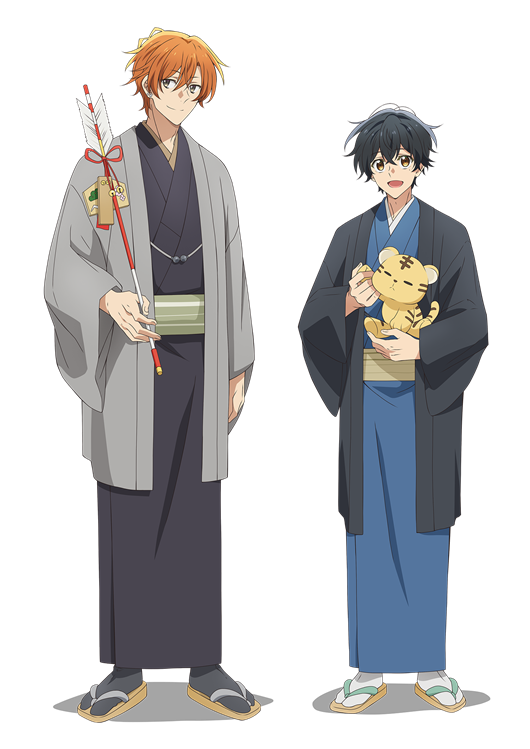 The second Sasaki and Miyano holiday-themed visual features the two boys dressed for Japan’s New Year’s celebrations, wearing kimonos and setta sandals, and carrying things specific to the holiday — a sacred wooden arrow decorated with omamori (lucky charms) in Sasaki’s case, and a tiger in Miyano’s.

The tiger, of course, represents the coming year, which will be the Year of the Tiger.

Check out the new Sasaki and Miyano visuals above. Along with the recently released romantic key visual featuring the two boys, they really are the loveliest things.

The upcoming Sasaki and Miyano anime series is based on the manga series by Shou Harusono. It is being directed by Shinji Ishihira (Edens Zero) and animated by Studio Deen.

The anime will premiere in January, 2022.