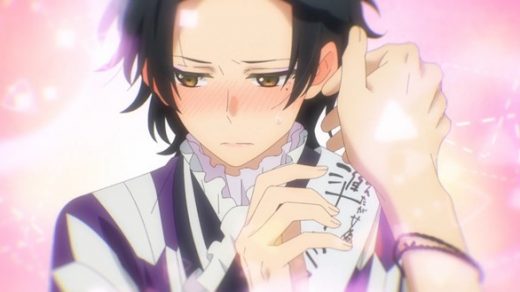 Sasaki and Miyano Episode 10 “Love” is now out and, as we get closer and closer to Miyano’s confession (because we all know it’s coming now, right?), I don’t want this just-about-perfect anime to ever end.

Because, man, I love checking in with these two adorable boys every week to see how far their relationship is progressing.


Today, as usual, Sasaki and Miyano Episode 10 did not disappoint?

Especially as, while it took him a helluva long time, Miyano finally realizes he’s in love with Sasaki.

Much of today’s episode of this wonderful Boys’ Love anime series focuses on Miyano as he tries to figure out how he feels about Sasaki.

After all, like Miyano keeps telling himself, he must be sure he’s in love with Sasaki before he gives his answer to his confession.

If he’s not, and tells Sasaki he is, then realizes his mistake later, he knows without a doubt he will devastate his friend to a point he may never recover.

That’s why the first few minutes of Sasaki and Miyano Episode 10 are Miyano at the ‘delinquents’ cafe’ in the fortune teller’s tent with Hanzawa asking for his ‘fortune’ about his love life — “When you aren’t confident how you feel, how do you gain that confidence?”

RELATED: When in the Sasaki and Miyano manga does Miyano finally tell Sasaki that he loves him?

That’s when he pulls the ‘Strength’ tarot card, and is told by Hanzawa he thinks it’s natural to lack confidence with an issue like this (as Hanzawa knows exactly who Miyano is worrying about), but that he should just “keep pushing forward”.

And isn’t Hanzawa the coolest friend? Taking Miyano’s confusion in his stride, and doing his best to give him advice he hopes will help him make the right decision. No wonder Miyano respects him so much. 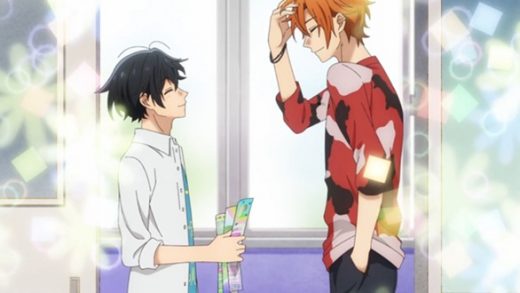 After his tarot reading, Miyano heads out with Sasaki to look around the cultural fair, and then leaves him to dress up for the cross-dressing competition, where he eventually finishes as the runner-up.

Sasaki watches the competition, while taking photos of Miyano, until Kuresawa shows up and asks Sasaki if he can support Miyano being in the competition.

Sasaki realizes Kuresawa knows he’s in love with Miyano, but isn’t surprised as he hasn’t kept it a secret.

And this is what is so wonderful about this BL anime — that all of the boys, while they may not understand a boy falling in love with another boy, don’t judge them for it.

RELATED: The opening theme song for Sasaki and Miyano is one of the best of Winter, 2022

Instead, they treat the possible relationship as just like a relationship between a boy and a girl — with all the trials and tribulations that often come along with that.

“Do your best”, “Be persistent” and “Be honest” are the things the two boys are told by their friends.

As the competition ends, Sasaki is thinking about how kind Miyano is and that, even when he learnt about Sasaki’s feelings for him, he still remained kind.

That then reminded him about Miyano saying “I might look completely different when I’m 50 years old”, and it suddenly hit Sasaki that it sounds like Miyano is thinking very seriously about this relationship, as he sounded like he was considering it to be a long-term, permanent one.

“I really want to be a cool adult”. So that Miyano will respect him, of course.

And that is the crux of Sasaki and Miyano as, instead of so many Boys’ Love stories where the relationship between the two boys/men is often toxic and cruel, this one is based on nothing but two emotionally healthy boys trying to figure out how to go forward in life, and in their relationship, in the best way possible.

For themselves but, most importantly, for the other person.

The rest of the episode has Sasaki touching Miyano’s face and Miyano blushing as he is so self-conscious, Miyano meeting Sasaki shopping with his sister and worrying about who the girl is, and being put on the spot when Ogasawara asks him if he respects Sasaki and he’s too flustered to answer.

The scene where the two boys are upstairs in the school, the fireworks start and Miyano asks Sasaki if he can have more time to answer his confession.

Sasaki says “Yes’, but then reaches out and holds Miyano’s hand while laying his head on his shoulder and saying “I’ll be waiting”. 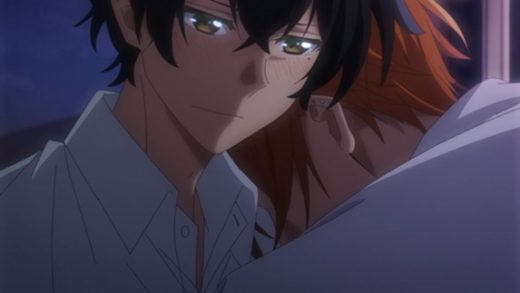 Miyano then realizes Sasaki is making himself incredibly vulnerable here but, quite telling, Miyano continues to hold his hand until it is Sasaki that finally drops his.

It is only then Miyano realizes he wants to tell Sasaki he likes him.

Then the final scenes of the episode have Sasaki and Miyano going to a Boys’ Love movie together.

As the movie ends and Miyano hears two girls saying the two boys look like they’re dating, he suddenly understands his feelings about Sasaki, blushes furiously and thinks to himself “If these feelings aren’t the real deal, what is?”

And I have to say, while I have found it just about as frustrating as Sasaki probably has when it comes to Miyano answering his confession, I do now get why he has done that, and it has made me like him more.

After all, Miyano is so afraid to hurt his friend, he is making 100% sure that his answer is the right one before he gives it and, yes, like Sasaki thinks, that makes Miyano kind.

So kind he would even put himself through emotional gyrations, and months of emotional turmoil, just to be sure he doesn’t hurt the person he cares about.

Yep. This was love right from the beginning. And Sasaki finally understands that it is.

Just two more episodes before Miyano’s confession, and I can hardly wait.

And, if you want to continue this story after the anime’s inevitable conclusion, the Sasaki and Miyano manga series is available via Yen Press.