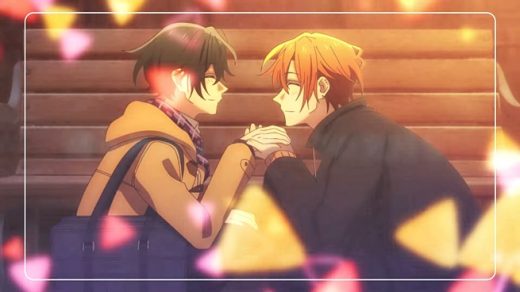 The upcoming Sasaki and Miyano: Graduation movie just got a cute teaser visual that shows our favorite yaoi couple still together and thriving. Even after the main anime series has ended. (see below)


Along with the teaser visual, we also got a cute commemorative illustration drawn to promote the upcoming movie from Sasaki and Miyano manga author Sho Harusono.

That visual shows a laughing Sasaki and a furiously blushing Miyano taking a selfie together. (see below) 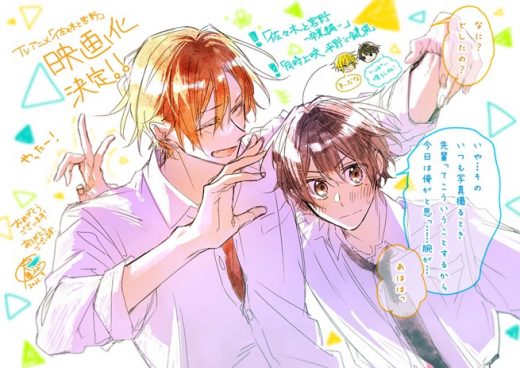 Yoshiko Nakamura (Ganbare, Douki-chan) is in charge of scripts, while Maki Fujii is returning to design the anime’s adorable characters.

Watch the just released Sasaki and Miyano: Graduation teaser trailer below, and mark your calendars for February 17th, 2023, when the movie is set to premiere.

The Hirano and Kagiura spin-off episode will also be screened at the time.

RELATED: The Sasaki and Miyano soundtrack really is gorgeous — you should be listening to it — Often!