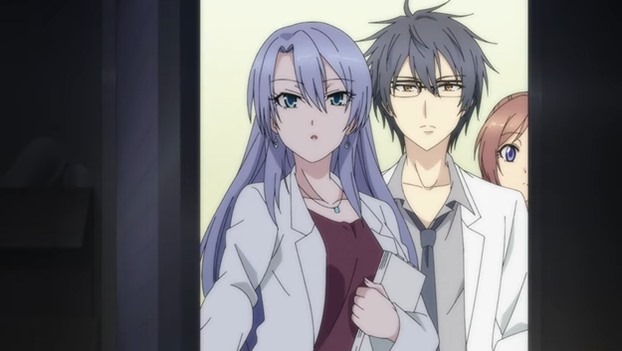 A Science Fell in Love, So I Tried to Prove It Season 2 was announced for the popular anime today, along with a premiere date of sometime in April, 2022.

A trailer for the show was also released along with a Science Fell in Love, So I Tried to Prove It Season 2 key visual that is absolutely adorable.

The visual features the show’s main characters wearing white lab coats, and all holding hearts in various forms of disassembly.

The Science Fell in Love, So I Tried to Prove It anime is based on the romantic comedy manga series by Alifred Yamamoto, and tells the story of Himuro Ayame, a science graduate who asks out fellow graduate Yukimura Shinya.

Being scientists, however, the pair need to prove love exists because, if it doesn’t, then how could they possibly know if they really are in love?

So the pair pull others into the lab and run a number of ‘romance-related’ experiments with the hope of proving love is real.

Watch the just released The Science Fell in Love, So I Tried to Prove It Season 2 trailer below, and look closely at that new key visual. Because isn’t it the cutest and funniest thing?

And, if you haven’t watched Season 1 yet, you really should. You can watch all 12 episodes on Crunchyroll.