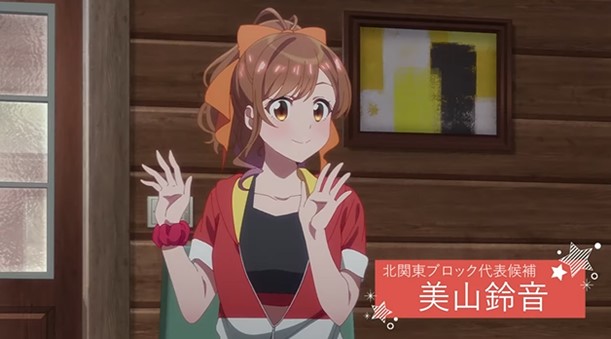 Cute girls doing cute things will always be some of my favorite anime series so, as you can probably guess, the upcoming SELECTION PROJECT is likely to be a favorite.

That anime follows a group of girls from all over Japan who audition for a chance to be an idol singer on a reality TV show.

And, let’s just say, if the girls on SELECTION PROJECT will be anything like the one featured on the show’s just released character preview video today, I am stoked for this upcoming anime even more. 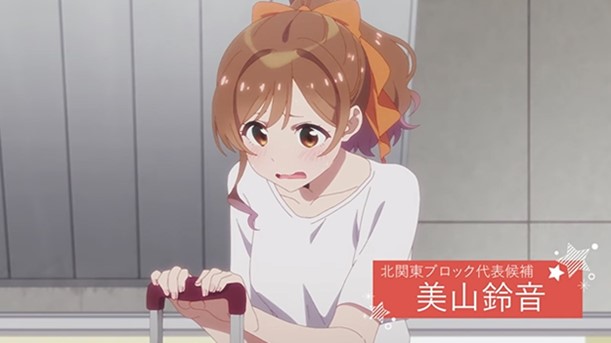 Today’s character preview video (watch below) is for 14-year-old aspiring idol Suzune Miyama, a junior high school student from West Kanto who enters her region’s qualifying round with the hope she will win and, thus, be accepted into the national audition battles.

Only those girls who survive every round in that tournament will be allowed to debut as idols.

As Suzune Miyama’s character preview video shows, she is adorably cute, upbeat, positive and always smiling, and determined to become an idol.

As she tells everyone in her character preview, she has wanted to be an idol since she was little as she thinks it would be wonderful to energize everyone with her work.

Watch SELECTION PROJECT’s Suzune Miyama character preview video below (she’s so cute!!), and mark your calendars for October as that is when the anime will be released in Japan on AT-X, TOKYO MX, KBS Kyoto, Sun TV, TV Aichi, and BS11.

So we should also be getting it soon.

Learn more on the official website for the anime.