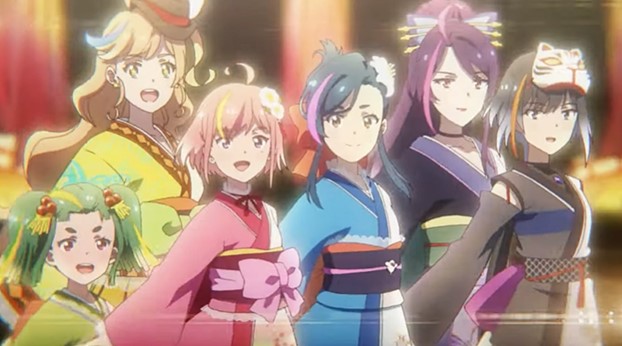 Okay, I am getting a little over excited about the upcoming new collaboration project between Toei Animation and advertising agency Sotsu but, if you watch the almost 3-minute trailer for the SHAREDOL project, I guarantee you will be just as much in love.

SHAREDOL is a reported new ‘project’ from the two companies so, as of yet, we are not sure if that means movie or full-length anime series, although I would guess the latter.

What we do know, however, is that SHAREDOL is set in the Kansei era of the Edo period (1789-1801), during a period when what was allowed to pass as ‘entertainment’ had strict rules that must be followed or severe punishment was the result.

Using that period, the project is introducing the concept of Edo idols — girls that are similar to the present day Japanese idols, but modified to fit in with the period in which they would have lived. 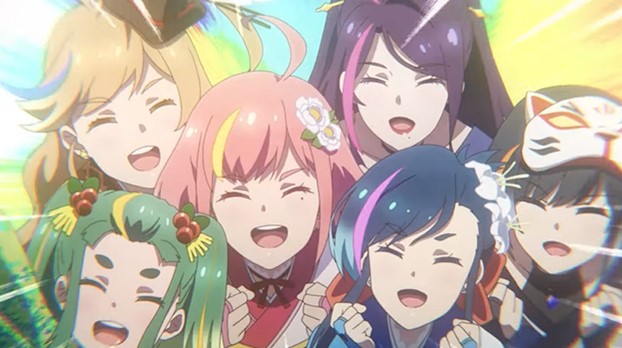 There are six SHAREDOL idols in the project so far — a teahouse idol, a Samurai idol, a Dutch trading house idol, a merchant idol, an oiran idol (a courtesan), and a kunoichi idol (ninja).

The six girls are all featured in the first SHAREDOL trailer (they call the trailer a ‘pilot film’) to be released and, wow, does this looks amazing, as the art style incorporating traditional Japanese symbols with modern-day sensibilities is beautiful, the Edo idols are adorable (their costumes and hair styles are stunning!) and the music is cool.

All put together and, if the anime series or film is as gorgeous as the trailer, this could be one of the best things coming out in the (hopefully) next year. (?)

The new SHAREDOL project was announced via Twitter today, along with character design drawings for each idol (soooooo cute!)

Watch the just-released SHAREDOL trailer (pilot film) below, and then join me in asking “When is this coming out and what kind of project will it be, as this anime series/film looks AMAZING!!!”