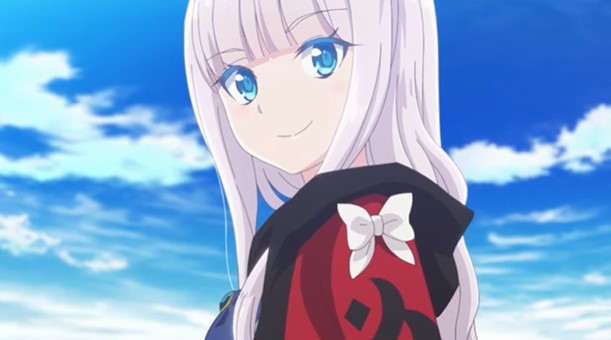 The upcoming anime She Professed Herself Pupil of the Wiseman just got a new key visual and, if you love adorable characters and very cute girls, then this one might just be for you. (I know it’s definitely for me!)

The new She Professed Herself Pupil of the Wiseman key visual features protagonist Mira (who is just about the cutest girl in anime at the moment — I mean, look at her!!), as well as five new characters who have just been announced — Zeph, Asbal, Fricka, Emera and Takuto.

They will be played by Junichi Saito as Zeph, Hiroki Yasumoto as Asbal, Yae Sakura as Fricka, Yuko Natsuyoshi will play Emera and Kanomi Izawa is Takuto.

A new trailer was released today introducing the characters and their voice actors (watch below).

Takamitsu Kouno (Himouto! Umaru-chan) is in charge of scripts, and Kumi Horii (Lovely Idol) is designing the characters.

She Professed Herself Pupil of the Wiseman (aka Kenja no Deshi wo Nanoru Kenja in Japan) is based on the light novel series by Hirotsugu Ryusen and illustrated by Fuzichoco.

The series started out as a web novel, but was later released in print via the GC Novels imprint.

It currently has 15 volumes out in Japan, with 1 volume out in English and the second on its way next Tuesday, November 9th.

A manga adaptation has proven to be equally as popular, with eight tankōbon volumes out so far, and two in English. A third is on its way.

Both the light novel series and the manga are published by Seven Seas in the west.

Watch the new She Professed Herself Pupil of the Wiseman trailer down below.

The  anime will premiere in January.