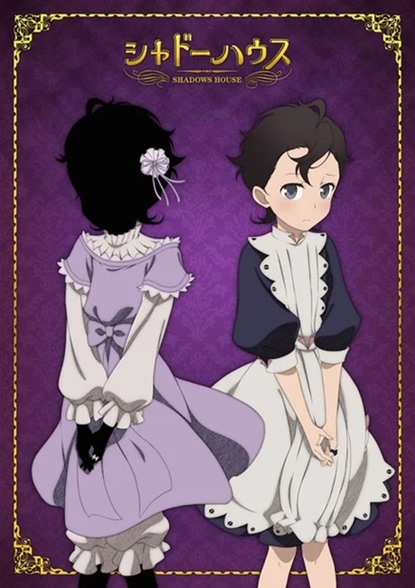 Japanese voice actress Shino Shimoji is the latest person to be cast in the upcoming Shadows House anime series. She will play the part of Shirley/Ram.

Shadows House is due to premiere in April in Japan, and currently stars Akari Kitō (Fly Me to the Moon) as Kate, Ayane Sakura (Non Non Biyori) as Lousie/Lou, Kōdai Sakai (A3! Season Autumn & Winter) as John/Shaun, Yū Sasahara (Dropout Idol Fruit Tart) as Emiriko and Reiji Kawashima (To Your Eternity) as Patrick/Rikki.

Latest cast member Shino Shimoji is also known for her roles in Aikatsu on Parade!, Classroom of the Elite, Non Non Biyori Vacation and as one of my all-time favorite characters Mikochi in one of my favorite anime series — Hakumei and Mikochi.

In other words, that Shino Shimoji has been cast in Shadows House, I could not be more thrilled.

The seinen series Shadows House is being directed by Kazuki Ohashi (episode director for Ep.s 4 and 10 of Girlish Number), Toshiya Ono (The Promised Neverland) is overseeing scripts, and Chizuko Kusakabe (Trouble Chocolate) is the series’ character designer. (continue reading below…)

The series is being produced at CloverWorks (The Promised Neverland).

As for the plot of Shadows House, according to MyAnimeList, it goes like this:

Faceless shadow nobles living in a vast mansion, attended by living dolls who spend much of their time cleaning up the soot endlessly emitted by their mysterious masters.

Follow the story of Emiriko, a young and cheerful living doll, as she learns her duties serving as the attendant for Kate Shadow-sama.