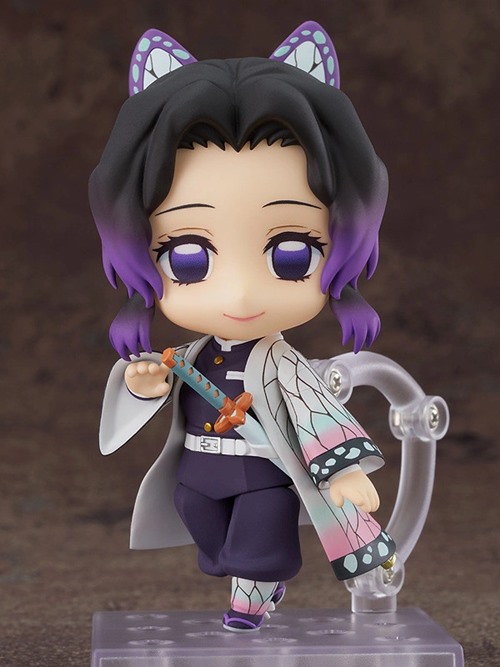 As Demon Slayer figures and associated merchandise keep being pumped out to keep up with demand for anything from the hit anime series, the latest figure release is a Nendoroid of supporting character Shinobu Kocho.

The Shinobu Kocho Nendoroid figure is just as cute as you would expect of any small figure from this line. Even cuter if you take into account her three sweetly-smiling faceplates and those gorgeous butterfly wings.

She is wearing the Demon Slayer uniform of dark purple jacket and pants, tucked into butterfly-patterned leggings (Kyahan) and a similarly patterned haori. Purple sandals complete the ensemble.

The Shinobu Kocho Nendoroid was sculpted by toytec D.T.C. 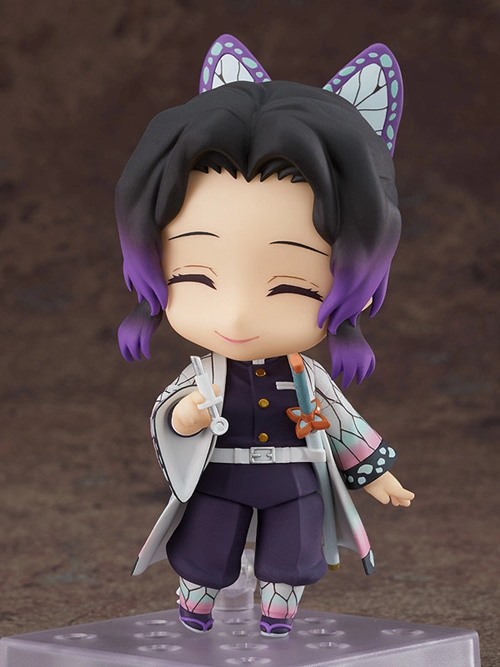 The figure itself is just 100mm tall (approximately 3.94 inches), and is a painted ABS&PVC non-scale articulated figure.

The incredibly pretty Shinobu went up for pre-order on Good Smile U.S. yesterday and, just from the comments on the figure’s order page alone, you can tell this Nendoroid will be hugely popular.

In other words, place an order for it while you still can, as after market price is likely to be enormous.

The pre-order period for Shinobu is from now until Wednesday, August 18th, 2021, with an estimated shipping date of sometime in March, 2022.

So sad the wait for these figures is always so long.

The first season of Demon Slayer: Kimetsu no Yaiba is currently streaming on Crunchyroll.