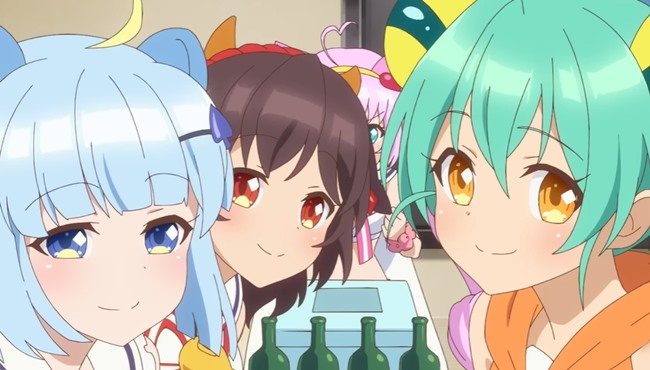 The upcoming new anime series SHOW BY ROCK!! STARS!! got a cute new trailer this weekend a slew of adorable characters including Cyan from Plasmagica, Yokazenohorizon, and Mashumairesh!! band members.

The anime is the fourth installment in Sanrio’s mixed media project and mainly features bands already in the franchise. It is a project that targets an older audience rather than the younger kids the company has gone for in the past, and one that has been very popular because of that right from the first season.

The new teaser trailer takes place in Midi City, with the upcoming series following on from Show by Rock!! Mashumairesh!!, which aired earlier in the year.

SHOW BY ROCK!! STARS!! is being directed by Takahiro Ikezoe, Tōko Machida and new director Daigo Yamakishi, with animation by Kinema Citrus (Made in Abyss, The Rising of the Shield Hero).

The series will air in Japan beginning in January, 2021 and is likely to stream in the west via Funimation soon afterward.

Until then, check out the lively SHOW BY ROCK!! STARS!! trailer below and see how many characters you recognize, and keep-up-to-date on developments with the anime on its official website.