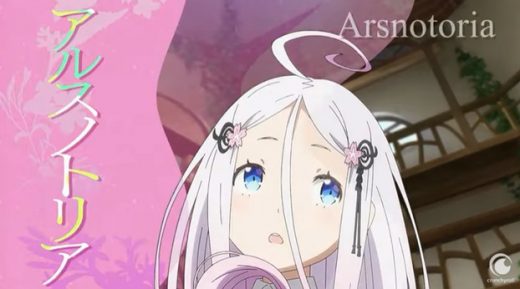 The Smile of the Arsnotoria English dub cast has been announced, and it features some of the anime industry’s most popular voice actors.

The anime series (full title Smile of the Arsnotoria the Animation) started streaming on Crunchyroll today.


The Smile of the Arsnotoria English dub cast includes:

The English language version of Smile of the Arsnotoria is being directed by Emily Fajardo.

Smile of the Arsnotoria the Animation is directed by Naoyuki Tatsuwa (Harem in the Labyrinth of Another World), with series composition by Midori Goto (Attack on Titan: Junior High) and character designs by Shinichiro Otsuka (Re: ZERO – Starting Life in Another World).

The anime is based on the Smile of the Arsnotoria mobile game, with Anime News Network saying this about the series:

Here in this magic academy city of Ashram, where everyone is required to live in dormitories, a close-knit group of girls known as “Pentagrams” pursue their studies, including training in manners and magic, to become “true ladies.”

Arsnotoria, one of the students in Ashram, lives in Dorm 5 and is always with her dormmate friends: Mel, who’s the life of the party, Petit Albert, who’s quiet and does things at her own pace, Picatrix, who wants to be the class president, and Abramelin, who’s always cool. They take classes and work on their school duties together, and they throw tea parties after school in “that room”…

Watch the cute Smile of the Arsnotoria the Animation trailer below, and check out the first English-dubbed episode on Crunchyroll now.