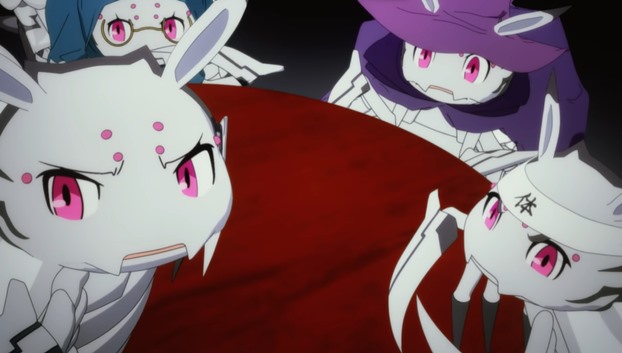 A new, very cute and very high-energy So I’m a Spider, So What? key visual #3 has been released this weekend on the anime’s official website.

The graphic features just about every character in the popular anime series, including lead Kumoko, and is a promo key visual for the anime’s upcoming second half.

The key visual also came along with a synopsis for Episode 13 of the series, which you’ll find on the anime’s official website, as well as a promo trailer.

The So I’m a Spider, So What? anime series (aka Kumo Desu ga, Nani ka?) premiered on January 8th in Japan, with Crunchyroll streaming the sub-titled version of the series in the west.

A dub is also on the way.

So I’m a Spider, So What? is based on the novel series by writer Okina Baba and illustrator Tsukasa Kiryu. The first season is scheduled to run for two consecutive cours.

Enjoy the just-released So I’m a Spider, So What? key visual #3 above, and watch the new promo trailer below.

You can catch the 12 episodes of the anime released so far on Crunchyroll.