The upcoming Banished from the Heroes’ Party anime got new cast members today, along with a beautiful key visual featuring main characters Red, Rit and Ruti. (see below)

Cast members announced include one of my favorites — Sora Tokui, who is cast in Banished from the Heroes’ Party as half-elf Nao.


The multi-talented Tokui has also sung theme songs for Blend S, Didn’t I Say to Make My Abilities Average in the Next Life?! and Is the Order a Rabbit?, among others. 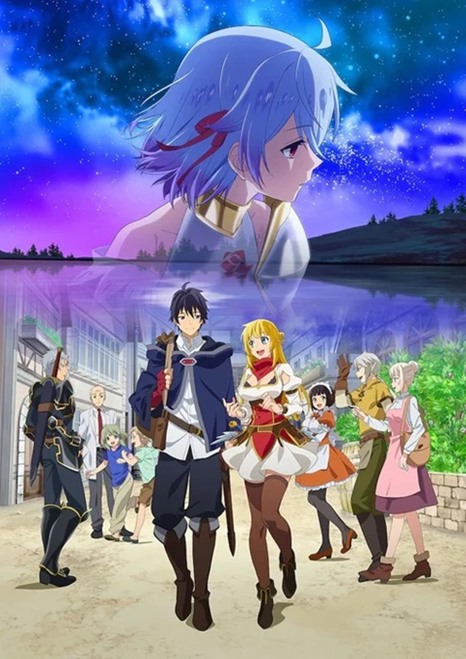 Along with the announcement of Sora Tokui in the Banished from the Heroes’ Party anime, four other cast members were named today.

These are Kōhei Amasaki (My Hero Academia) who will play adventurer Albert, Masahiro Yamanaka (Souichi in Kimi ni Todoke – From Me to You) who is voicing half-elf Gonz, the brother of Sora Tokui’s Nao, newcomer Takeru Mishina who plays Nao’s husband Mido, and Yū Serizawa (Kakegurui) as Tanta, Nao and Mido’s son.

Banished from the Heroes’ Party is based on Zappon and Yasumo’s light novel series, which is still ongoing today. If the anime is a success then, that likely means there could be several seasons.

Makoto Hoshino (DamePri Anime Caravan) is directing the anime, with Megumi Shimizu (My Next Life as a Villainess: All Routes Lead to Doom!) is in charge of scripts, and character designer Ruriko Watanabe (KutsuDaru.) is creating the beautiful characters.

The series is being animated by Wolfsbane (Peter Grill and the Philospher’s Time) and Studio Flad (DamePri Anime Caravan).

Red was once a member of the Hero’s party, a powerful group destined to save the world from the evil forces of Taraxon, the Raging Demon Lord. That is, until one of his comrades kicked him out. Hoping to live the easy life on the frontier, Red’s new goal is to open an apothecary. However, keeping the secret of his former life may not be as simple as he thinks. Especially when the beautiful Rit, an adventurer from his past, shows up and asks to move in with him!

There are currently three volumes available, with the fourth in the series out in September.

It was also announced today, the premiere of the Banished from the Heroes’ Party anime has been delayed from July to September, 2021 with no concrete reason being given as to why.

We’ll keep you updated as we learn more, as this one is definitely an anime to keep an eye on.