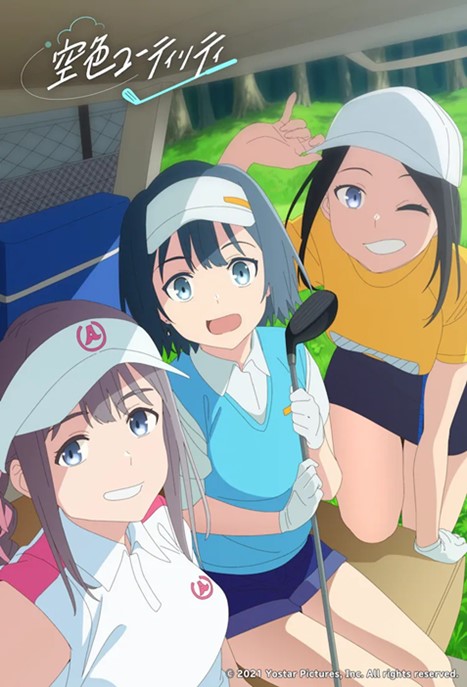 Whenever a new cute girls doing cute things anime is announced, I am always excited.

I like it even more if the anime features cute girls doing a sport like climbing, cycling or running, because I learn something about the sport while appreciating how adorable the girls tend to be.

Especially as I know nothing about golf.

The upcoming anime is apparently an original production by Yostar Pictures, the anime studio that created the Azur Lane anime series, and is being directed by Kengo Saito, who was Animation Director on shows like Promare: Galo-hen and Blue Line Step Brush.

From the first Sorairo Utility visual released today, it looks like the anime follows three girls — and yep, all three are adorable.

At the moment, there is no more information about Sorairo Utility than that it will be the first original anime series for the fledgling studio.