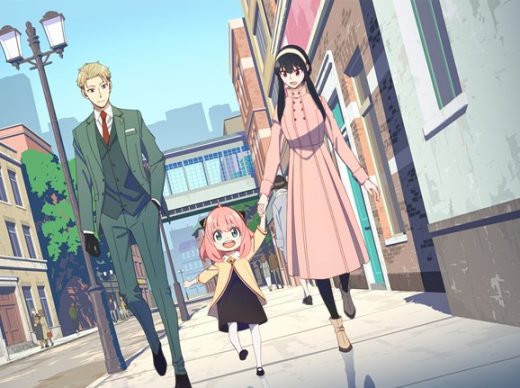 Three more voice actors have been announced as additional cast members in the upcoming SPY x FAMILY anime series due to premiere in April, along with the characters they will play.

They are Yuuko Kaida, Hiroyuki Yoshino and Kazuhiro Yamaji, and all are veteran actors with large numbers of roles under their belt already.


Yuuko Kaida, of course, is known for her roles in such anime as Farewell, My Dear Cramer (Naoko), Biohazard: Infinite Darkness (Claire), The Promised Neverland (Isabella) and Gintama (Tsukuyo).

He is voicing the character of Franky Franklin, one of Loid Forger’s informants.

Kazuhiro Yamaji has been voice acting in anime since the early 1990s, with roles in Kokkoku (Jiisan), One Piece Film: Gold (Gild Tesoro), The Legend of the Galactic Heroes: The New Thesis (Willibald Joachim von Merkatz), and Record of Ragnarok (Kojirou Sasaki).

In SPY x FAMILY, he plays Henry Henderson, the housemaster at Eden Academy where Anya Forger is a student.

The SPY x FAMILY anime is being directed by Kazuhiro Furuhashi (Hunter x Hunter 1999), with Kazuaki Shimada (The Promised Neverland) as character designer, and Shouji Hata (One Punch Man) as sound director.

The premiere of SPY x FAMILY is set to air on April 9th, 2022 in Japan. It will stream outside Japan via Crunchyroll.