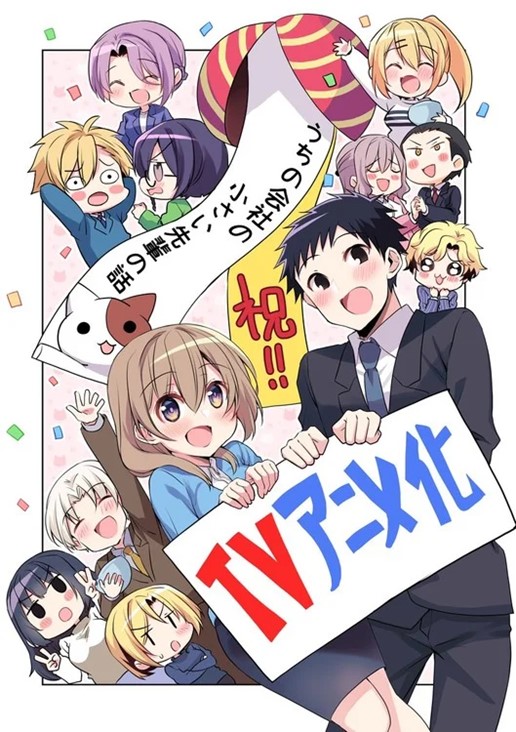 As a huge fan of the Japanese romantic comedy anime My Senpai is Annoying, reading the manga Story of a Small Senior in My Company was, of course, at the top of my list as the plot sounded similar.

And, while the manga is not as satisfying as My Senpai is Annoying due to its lack of an in-depth story, Story of a Small Senior in My Company still manages to be light, cute, wholesome and adorable in all the right places.


That’s why I was happy this week that a Story of a Small Senior in My Company anime adaptation has been announced, with a premiere heading our way sometime in 2023.

Not a huge amount of time to have to wait then, for an anime that is likely to be as refreshing and adorable as its manga original.

What is Story of a Small Senior in My Company?

Story of a Small Senior in My Company (aka Uchi no Kaisha no Chiisai Senpai no Hanashi in Japanese), tells the story of an office worker called Shinozaki, who is being taken care of by his senior team member Shiori Katase. A teeny tiny co-worker who is beautiful, sweet and kind.

As Shinozaki gets his hopes up that Shiori’s need to take care of him means something more than the surface might suggest, we are all left to wonder does it or not?

The Story of a Small Senior in My Company manga is written and illustrated by Saisou, with its fifth volume published in Japan yesterday.

With its anime adaptation now on the way, it will be interesting to see if the story is fleshed out a little more, so we can finally see the developments many fans would enjoy.