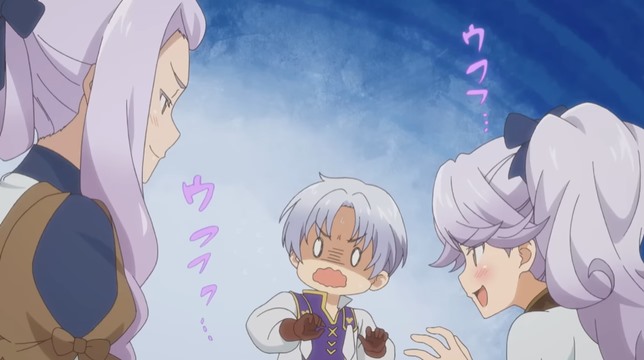 Nozomu Koryu and Yasuyuki Shuri’s light novel series Sweet Reincarnation is getting an anime, with its first trailer and key visual being released today, as well as an announcement about staff members and main cast.

The first Sweet Reincarnation key visual has protagonist Pastry Mille Morteln looking like a real swashbuckler as he flourishes his sword while, at the same time, showing he is far more interested in cooking delicious sweet pastries than he is fighting.


Behind him are Licorice Mille Hubarek, Luminito and Marcarullo — all of whom appear delighted with all the tasty treats surrounding them. (see new Sweet Reincarnation key visual below)

The Sweet Reincarnation trailer shows Pastry (nickname Pas) as he is lying dying and then is reincarnated from his own world, where he was a pastry chef, to a new fantasy world where he is reborn as the son of a poor lord.

A boy whose only goal is to create the most delicious pastries for everyone around him.

Sweet Reincarnation stars Ayumu Murase (Drop in Goodbye, Don Glees!) as Pastry Mille Morteln, Natsumi Fujiwara (Kabane in Kemono Jihen) as Marcarullo, Maaya Uchida (Sharo in Is the Order a Rabbit?)  who is voicing Luminito, and Kaede Hondo (Maple in BOFURI: I Don’t Want to Get Hurt, so I’ll Max Out My Defense) who is playing Licorice Mille Huberlek.

Anime production is by SynergySP and Studio Comet.

The Sweet Reincarnation light novel series is written by Nozomu Koryu and illustrated by Yasuyuki Shuri, and is being published by J-Novel Club in English.

It also has a manga adaptation that is also available via J-Novel Club.

A pastry chef with a promising future is reborn as the son of a poor lord. The boy’s name is Pastry, and he will be the next lord of the territory. The struggles of young Pastry’s story begin here as he aims to make people smile with his desserts and create a land flourishing with happiness. The best sweet comes with the best tale.

This is a sweet fantasy that takes the royal road to change the world!

Watch the new Sweet Reincarnation trailer below, and you’ll see just what difficulties Pastry is likely to face.

The isekai anime is set to premiere in July, 2023.