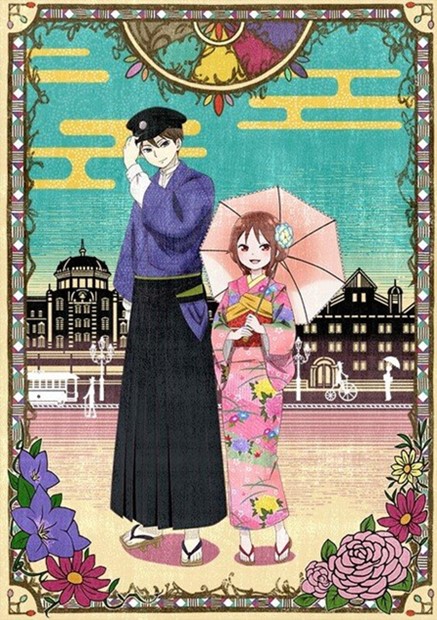 When it comes to anime, I am an otaku that falls in love with a series based on its visuals and artwork long before I adore it for its characters, story and music.

That’s why, when the first Taisho Otome Otogi Banashi key visual was released today via a stage presentation at the virtual Jump Festa ’21 event in Japan, I was immediately in love.


Because just look at that Taisho Otome Otogi Banashi key visual with its beautifully delicate colors, traditional Japanese clothing and design — isn’t that one of the prettiest anime key visuals you’ve seen in a while?

And don’t Tamahiko Shima and Yuzuki Tachibana look just like you want them to?

The upcoming Taisho Otome Otogi Banashi anime was announced today at Jump Festa, with a premiere in October, 2021.

The anime, of course, will be based on the manga series of the same name written and illustrated by Sana Kirioka.

The historical slice of life story goes like this:

Set in the early 1920s, Tamahiko is the son of a wealthy family, but his life is changed forever when an accident kills his mother and cripples his right arm. No longer considered by his father as his heir, he is sent to the country to live away from his father’s sight.

Once there, the teenage Tamahiko shuts himself in his new home, bitterly thinking of it as the place where he will die. Alone, of course.

Not long after, however, a young girl called Yuzuki suddenly arrives at his door and he learns that his father has bought him a bride. Yuzuki and her positive outlook on life bring a ray of sunshine into Tamahiko’s life, and soon his view of the world and his life begin to change.