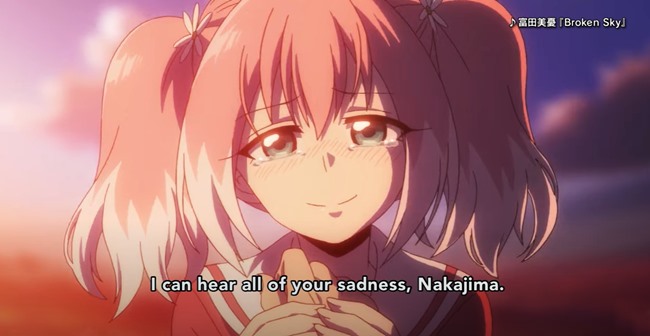 Funimation has announced the new Talentless Nana anime series based on Looseboy and Iori Furuya’s manga series will be streaming on their platform beginning on October 4th.

The streaming service also released an English-subbed trailer on their Twitter page. The same trailer released on YouTube by AnimeLab (watch below).

Talentless Nana is set in a school where teenagers with supernatural powers called The Talented are trained to battle ‘the enemies of humanity’. One day, a new student Nana Hiiragi transfers to the school.

Unlike the other students, Nana seems to be powerless. The students don’t realize, however, they have no idea why she is really there, what the true nature of the enemies of humanity is or what that means for their future.

Talentless Nana is being directed by Shinji Ishihira (Fairy Tail), Fumihiko Shimo (Clannad) is in charge of series scripts and Satohiko Sano (Welcome to Demon School, Iruma-kun) is character designer.

The wonderful Miyo Tomita is performing ‘Broken Sky’ the opening theme song. The ending theme song — Bakemono to Yobarete’ is being sung by Chiai Fujikawa.

Talentless Nana will premiere in Japan on October 4th at 9:30 pm on AT-X and then be streaming on Funimation soon afterwards.