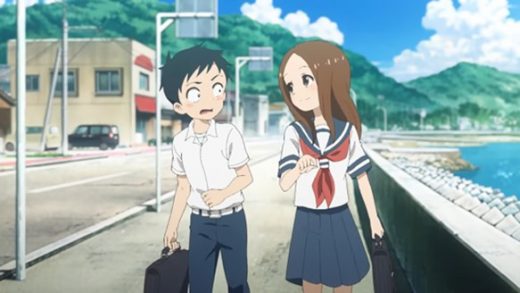 The latest Teasing Master Takagi-san movie key visual has Takagi and Nishikata standing at a lookout taking care of a tiny kitten, and then looking at each other and blushing.

In the background, we can see Shodoshima Island’s famous Angel Road — the sandbar that connects Shodoshima to several small islands. 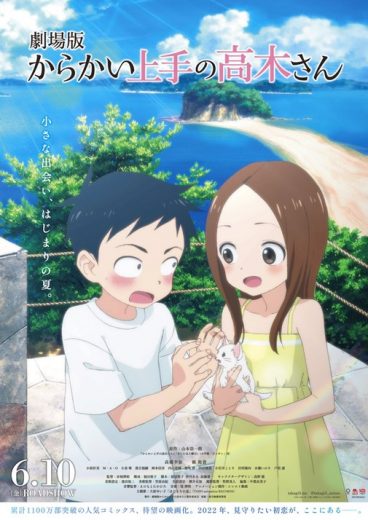 The upcoming Teasing Master Takagi-san movie is based on the manga by Soichiro Yamamoto.

The film is being directed by Hiroaki Akagi, script composition by Hiroko Fukuda, and character design from Aya Takano.

Shin-Ei Animation is also back in charge of anime production.

RELATED: The theme song for Teasing Master Takagi-san 3 is addictive and sweet, isn’t it?

The Teasing Master Takagi-san movie is due to premiere in Japan just a couple of months down the road on June 10th.

Watch out for more Teasing Master Takagi-san movie key visuals until then.