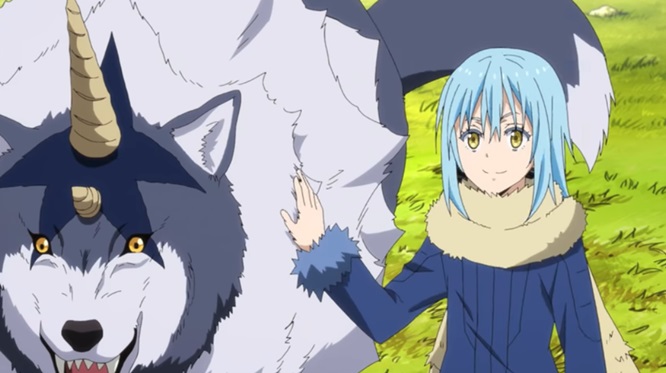 It has been over a year and a half since the first season of the isekai anime That Time I Got Reincarnated as a Slime was released.

A year and a half in which, while we did get several OVAs to help pass the time, the release of the second season was delayed due to the panic about Covid-19.

Finally, however, the first part of That Time I Got Reincarnated as a Slime Season 2 (aka Tensei shitara Slime Datta Ken) will soon be with us.

The anime is due to premiere on January 12th via TOKYO MX, MBS etc in Japan, with streaming in the west via Crunchyroll at the same time.

In anticipation of that event, a new That Time I Got Reincarnated as a Slime trailer was released today and, as you might expect, its 30-second timeframe is packed with action and adventure.

Story-wise there haven’t been that many hints dropped about what we can expect from Rimuru Tempest and friends in Season 2, however, although we do know there is little chance of any peace holding for long, and that the town is definitely at risk.

Then again, although millions of fans loved the first season of the anime, there wasn’t much of a story in season one of the show either. (continue reading below…)

The Josee, the Tiger and the Fish theme ‘Shinkai’ by Eve has a GORGEOUS music video — watch!

While Season 2 is now on its way, don’t get too excited about getting new episodes of the anime as, with anime studio Eight Bit still behind schedule due to events surrounding Covid-19, the second part of That Time I Got Reincarnated as a Slime Season 2 will not air until sometime in mid-2021.

To peak your interest, though, watch the just-released short trailer for That Time I Got Reincarnated as a Slime Season 2 below, as it definitely looks like it will be action-packed.