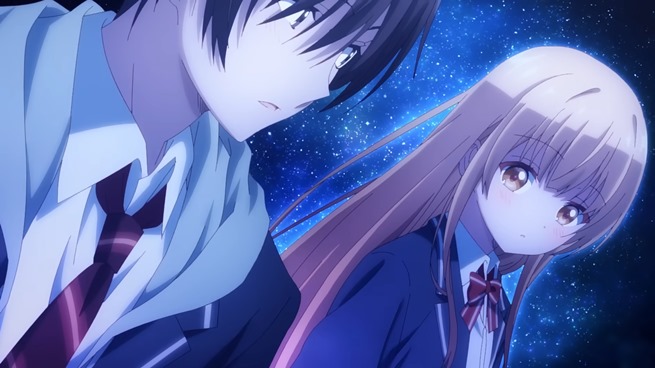 After dropping The Angel Next Door Spoils Me Rotten creditless opening animation last week, Japanese animation studio Project No. 9 is back this week with a second creditless animation segment.


‘Chiisana Koi no Uta‘ (aka 小さな恋のうた · in Japanese and ‘Small Love Song‘ in English), was released back in 2001 on the punk rock band Mongol800‘s second studio album Message.

An album that received little attention from the commerical music world, but still managed to sell more than two million copies despite that and then went on to become a punk rock classic in Japan.

And while the band’s original version of the song is a banging punk rock song that sticks in your head, Manaka Iwami’s ‘Chiisana Koi no Uta‘ is as addictive as it really is the sweetest little love song, with her voice as cute as a child’s.

Watch the just released The Angel Next Door Spoils Me Rotten creditless ending animation, and listen to Manaka Iwami’s version of the song in it.

You can hear Mongol800’s original release of the song below that.

The Angel Next Door Spoils Me Rotten anime is based on the light novels written by Saekisan and illustrated by Hanekoto, and is being published by Yen Press in English.

The anime is currently being streamed by Crunchyroll in some regions, with the second episode out later on today.