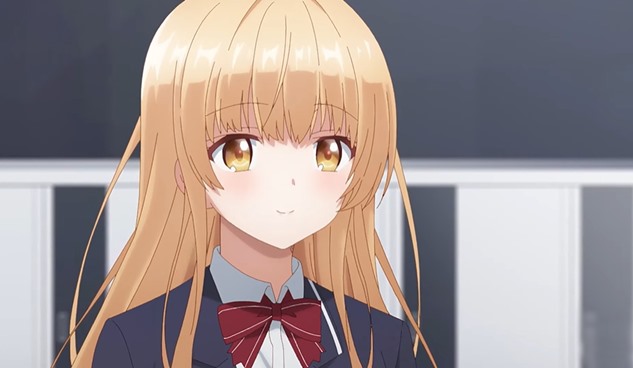 As you probably already know, The Angel Next Door Spoils Me Rotten is getting an anime adaptation, and that anime got a premiere date today — January 7th, 2023.

Along with the announcement, we also got a gorgeous The Angel Next Door Spoil’s Me Rotten visual featuring Mahiru, the angel herself, in her school uniform clutching a large bouquet of flowers.


The reason? Because yesterday, December 6th, was Mahiru’s birthday.

Known as Otonari no Tenshi-sama ni Itsunomanika Dame Ningen ni Sareteita Ken in Japan, The Angel Next Door Spoils Me Rotten anime is being directed by Lihua Wang, with Keiichiro Ochi (Adachi and Shimamura) in charge of series composition, and Takayuki Noguchi (Higehiro) designing the characters.

Project No. 9 is in charge of anime production.

The Angel Next Door Spoils Me Rotten light novels are being published in English by Yen Press, who currently has four volumes out, with a fifth due to be published in February, 2023.

They describe the first volume of the novel like this:

Mahiru is a beautiful girl whose classmates all call her an “angel.” Not only is she a star athlete with perfect grades—she’s also drop-dead gorgeous. Amane‚ an average guy and self-admitted slob‚ has never thought much of the divine beauty‚ despite attending the same school. Everything changes‚ however‚ when he happens to see Mahiru sitting alone in a park during a rainstorm. Thus begins the strange relationship between this incredibly unlikely pair!

Watch the previously released trailer for the upcoming anime below, and mark your calendars for January, as this one looks incredibly cute!