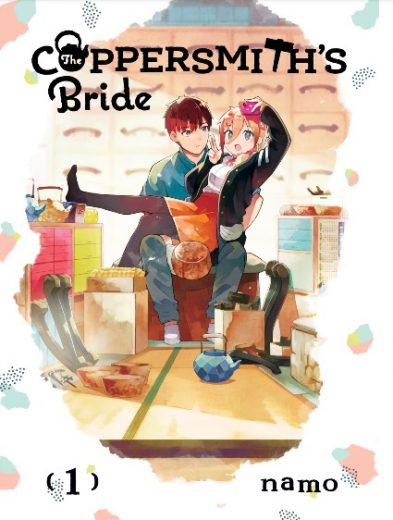 While I do not read any manga until every volume has been released (sorry, I prefer to binge watch an entire series), I know other manga fans enjoy reading them chapter-by-chapter.

That is why I am giving you a heads up about The Coppersmith’s Bride manga now on J-Novel Club, as I glanced at the preview,  and this one, with its nice artwork and unique storyline, looks like one to keep an eye on.


The Coppersmith’s Bride tells the story of Shiina, a Gyaru college freshman who, while enjoying her new-found freedom, is still dating her coppersmith boyfriend, Shuu.

Suddenly, out of the blue, Shuu shows Shiina a glass he has made that he plans on giving as “a wedding gift”. When she asks him who is getting married, Shuu replies “The two of us”.

It is then Shuu tells Shiina he thinks it would be a good idea of they got married.

Now it is up to Shiina to decide if she wants to get married so early in life and, if so, is it Shuu she should marry?

After all, she would be marrying into a very prestigious coppersmith family, and is that something she is ready for?

Chapter 1 of The Coppersmith’s Bride is now available to read for free on J-Novel Club, You can also pre-order Volume 1, which will release in early 2023 now.