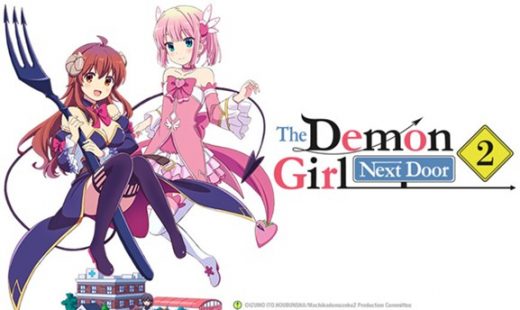 While it might have been expected that The Demon Girl Next Door Season 2 would be a HIDIVE exclusive, considering the streaming service also licensed the comedy anime’s first season, we all know nothing should be taken for granted in the anime world

However, in this case, it apparently can be as Sentai Filmworks has just announced they have licensed the hit anime for North America, Australia, New Zealand, the U.K., Ireland, South Africa, the Netherlands, Scandinavian countries, Nordic Countries, Spain, Portugal, Central America, South America, and French and German-speaking territories.


Along with that, The Demon Girl Next Door Season 2 will definitely be a HIDIVE exclusive, with Sentai releasing the anime on home video.

The first season of The Demon Girl Next Door (aka Machikado Mazoku) premiered outside Japan in July, 2019, so it is heading on for three years before we are getting its follow up.

J.C. Staff (Toradora!) is in charge of animation production.

The Demon Girl Next Door  Season 2 is set to premiere in Japan on April 8th, with streaming via HIDIVE soon after.

And, while some fans may be irked at the HIDIVE exclusive, I’m not, as I’m a bit tired of most things ending up on Crunchyroll with the remainder on Netflix.

After all, monopolies never end well.

Watch the recently released The Demon Girl Next Door Season 2 trailer, and mark your calendars for April 7th.