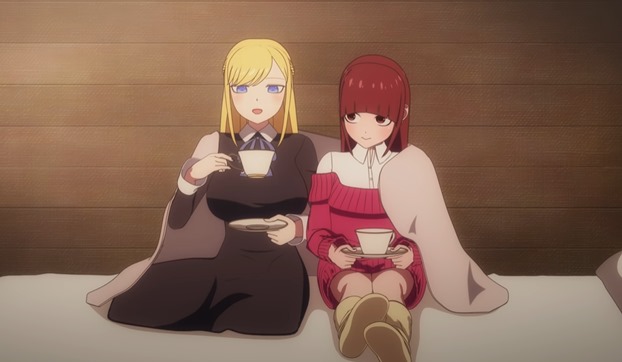 The upcoming anime series The Duke of Death and His Maid got a promo video, a key visual and announcements of additional cast members.


The promo video previews ‘Mangetsu to Silhouette no Yoru‘ by Natsuki Hanae and Ayumi Mano — The Duke of Death and His Maid’s opening theme song — and the ending theme song ‘Nocturne‘ by Mano.

It also shows off the anime’s cute characters — the Duke of Death who kills anything he touches, whether he means to or not, his loyal maid Alice, Rob his butler, the Duke’s sister Viola, half-human/half-witch Caph, the wizard Zain and the Duke’s younger brother Walter — and announces the cast that plays them.

They join Natsuki Hanae (Food Wars! Shokugeki no Soma) who voices protagonist the Duke of Death and Ayumi Mano (Tsuredure Children) as Alice.

The new The Duke of Death and His Maid key visual shows the Duke handing Alice a dead flower — it’s the thought that counts! — with Walter, Zain, Rob and Viola in the background.

The Duke of Death and His Maid (aka Shinigami Bocchan to Kuro Maid) is based on the manga by Koharu Inoue.

I don’t know about you, but I love the character designs and the opening and closing theme songs are cool.