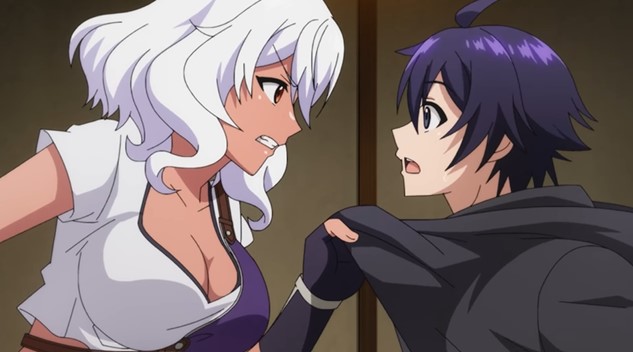 I love me a good isekai anime series. I love them even more if they feature gorgeous artwork and animation, cool characters and lots of cute girls.

To say I was happy when I watched the just released The Fruit of Animation trailer then would be an understatement, as this upcoming isekai anime has everything I love…in spades.

The Fruit of Animation anime (aka The Fruit of Evolution – My Unexpected Life as a Winner) just got a whole lot more information today, with the result that an anime I was mildly interested in before has now gone on my ‘Must Watch’ list.

A new preview video, a The Fruit of Evolution key visual, new cast member announcements and the OP and ED theme song performers have all shown up online this morning and all make this isekai anime look like it could be a winner.

Called Shinka no Mi ~Shiranai Uchi ni Kachigumi Jinsei~ in Japan, and The Fruit of Evolution – My Unexpected Life as a Winner outside Japan, the anime is based on the fantasy light novels written by Miku and illustrated by U35.

Poppin’ Party will be performing the ending theme ‘Moonlight Walk‘.

The plot for The Fruit of Evolution – My Unexpected Life as a Winner goes something like this:

Shinka no Mi ~Shiranai Uchi ni Kachigumi Jinsei~ follows Seiichi Hiiragi, an unfortunate young man who is despised by his classmates because they consider him homely, chubby, and smelly. Seiichi’s luck goes from bad to worse when his class is transported to another world, but he finds himself alone in the wilderness and pursued by an amorous female gorilla named Saria. The disastrous lives of the unlikely pair take a positive turn after they ingest the legendary “fruit of evolution”, and an unexpected transformation takes place…

Check out the just released The Fruit of Evolution trailer below (those character designs are so damned cute!).

The show is being directed by Yoshiaki Okumura (Elementhunters, Antique Bakery) and animated by HOTLINE (Sparrow’s Hotel).

It will begin airing in Japan in October, 2021, so expect it to hit our shores around the same time. Yay!