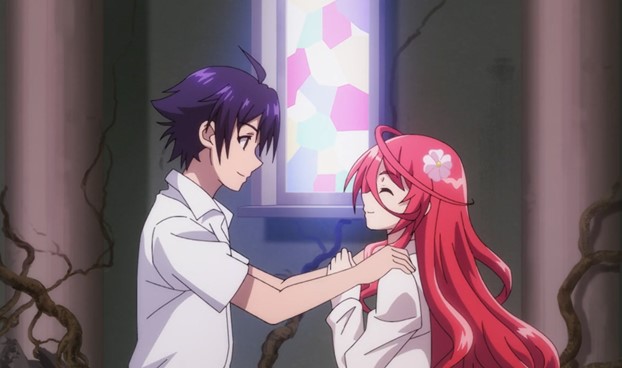 The new isekai anime series The Fruit of Evolution: Before I Knew It: My Life Had It Made is definitely one of the silliest anime this year.

It also features some of the cutest girls, and a protagonist that, while a bit of a twit initially, ultimately proves himself to be both kind and pretty cool.

With cute girls that are also well-endowed and hanging all over said protagonist, and those that hate isekai and harem anime seemingly triggered every time a new series fitting that criteria appears, The Fruit of Evolution then is getting downvoted all over the place.

But it really isn’t that bad.

To me, The Fruit of Evolution (aka Shinka no Mi: Shiranai Uchi ni Kachigumi Jinsei in Japan) has three redeeming qualities.

Qualities that have had me watch all five released episodes so far, and that have had me enjoying all of them — 1) The aforementioned cute girls 2) the slapstick comedy, which is laugh-out-loud funny quite often and 3) The Fruit of Evolution‘s opening theme song.

As that song is absolutely banging. 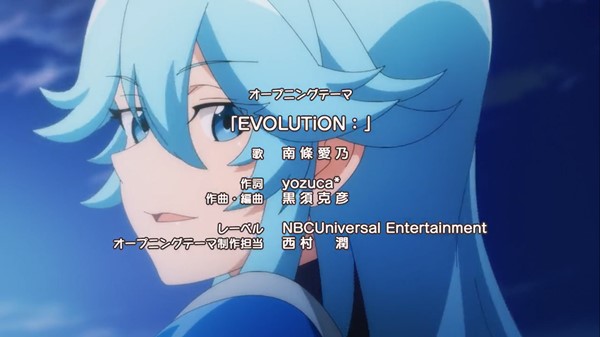 Sung by long-time voice actress and singer Yoshino Nanjō, ‘Evolution‘ is one of the best OPs this season, with its superb vocals, feel good vibe and cool almost rock feel.

Yoshino Nanjō’s ‘Evolution‘ is also one of a slew of theme songs the Japanese singer has released, including the ending theme song for Season 2 of Berserk, the OPs for Joshiraku and Long Live! School Idol Project, and the ED for My Roommate is a Cat.

And, if that wasn’t enough, Yoshino Nanjō has been the voice of probably half the anime characters you love, including Naoto in Clockwork Planet, Shirabe in Symphogear GX and Eri in Love Live! School Idol Project.

She also plays Karen in The Fruit of Evolution.

Listen to Yoshino Nanjō’s ‘Evolution’ in the video below. The song has a hell of a bit, fabulous guitars, powerful vocals and is absolutely addictive.

The first season of The Fruit of Evolution: Before I Knew It, My Life Had It Made is currently streaming on Crunchyroll. Watch the trailer below.

Then fire up the first episode, and enjoy that fabulous opening theme song.