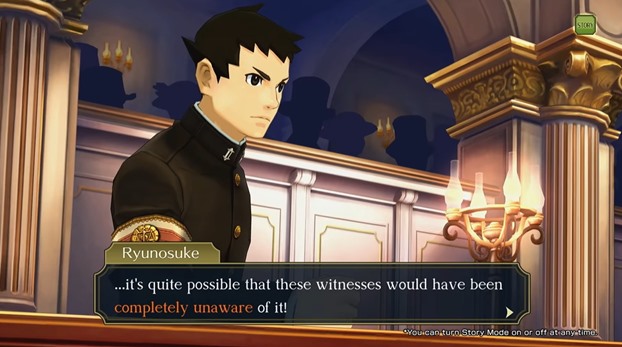 The official Ace Attorney Twitter account revealed something extremely exciting earlier on today. News that Ace Attorney fans will be thrilled to hear.

That means no more envying the Japanese for being the only people to get an Ace Attorney game. Instead, The Great Ace Attorney Chronicles will be able to be played by everyone.

The announcement was made by director Shu Takumi in a video that also featured a commercial for the upcoming game collection.

The Great Ace Attorney Chronicles will have both Japanese and English options, and a story mode where players don’t have to do anything except watch as the story unfolds.

And, if you pre-order The Great Ace Attorney Chronicles, you will also get a DLC with extra instrumentals, gorgeous graphics and character design images.

The Great Ace Attorney Chronicles will be released for PlayStation 4, Nintendo Switch and PC via Steam.

If you want to spend a little more money, you can also pick up a special bundle called Ace Attorney Turnabout Collection. It will include Phoenix Wright: Ace Attorney Trilogy for even more hours of fun from your favorite legal drama.