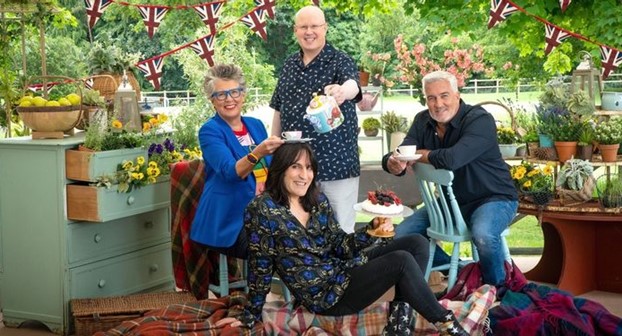 The show has been absent for a while due to filming restrictions in the UK because of the panic over Covid-19.

That, thankfully, looks like it’s now over (as the British are apparently smarter than we Americans who are still in flat out panic over a virus with a 99.7% survival rate), so The Great British Baking Show Collection 9 is now on Netflix.

New episodes will be released weekly over the next 10 weeks so, if you prefer to binge shows like this like I do, then you may want to wait until late November to get your fix.

And, if you haven’t watched The Great British Baking Show before, it is a reality TV show about a group of amateur bakers that face off against each other in a series of baking competitions.

Each week, one baker is eliminated, until three are left standing. Those three go into the final where the winner will be named The Great British Baker.

Several winners of the show — including Nadiya Hussain — have gone on to create enormous careers for themselves on British TV and with book releases.

The show stars Noel Fielding and Matt Lucas as the hosts, with Paul Hollywood and Prue Leith judging the contestants.

Watch The Great British Baking Show Collection 9 on Netflix now, but be warned it’s as addictive as the cakes they bake.