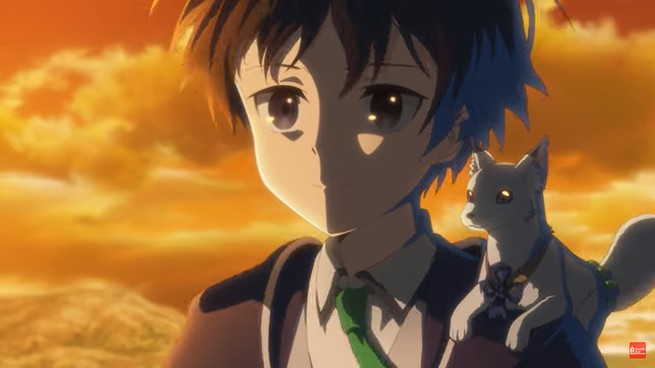 That creditless opening animation features the opening theme song ‘Reincarnation‘ by Japanese pop singer Angela, showcases some of the amazing skills protagonist Haruyoshi possesses, and introduces all the cool people he meets in his new world.


The isekai anime itself kicked off its first episode on Saturday, January 7th, and already seems to have garnered quite a following as fans on My Anime List score it quite high and are pleased with its premiere episode, even citing its excellent pacing.

The Reincarnation of the Strongest Exorcist in Another World is directed by Nobuyoshi Nagayama (Happy Sugar Life/Smile Down the Runway), with scripts and series composition by Touko Machida (Are You Lost?/Happy Sugar Life), and character design by Masayoshi Kikuchi (Chief Animation Director of various episodes of Tada Never Falls in Love).

Studio Blanc (Life Lessons with Uramichi Oniisan) is in charge of anime production.

The anime is based on the light novel series (最強陰陽師の異世界転生記 ～下僕の妖怪どもに比べてモンスターが弱すぎるんだが～) written by Kiichi Kosuzu and illustrated by Shiso (first volume) with Kihiro Yuzuki providing the illustrations from volume 2 onwards.

The series currently has five volumes out in Japanese (nothing in English as of yet, although we live in hope), as well as a spinoff manga series.

Watch the The Reincarnation of the Strongest Exorcist in Another World creditless opening animation below, and listen to Angela’s ‘Reincarnation‘.

It is a cool melodic rock song you probably won’t be able to listen to just once.

Crunchyroll is streaming the anime outside Japan.