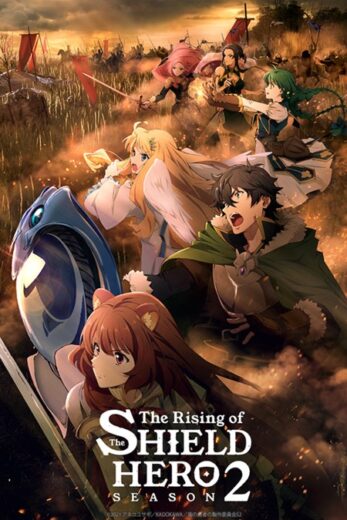 According to its official website, The Rising of the Shield Hero Season 2 will premiere on April 6th, 2022 in Japan on the AT-X channel.

The second season will follow on from the first, which ended its run in the west on June 26th, 2019, making Season 2’s premiere arriving almost three years after Season 1 ended.


A long time for such a popular anime, and one fans have been impatient to see.

Much of that is because The Rising of the Shield Hero Season 2 was originally supposed to premiere in October last year, but was delayed until April this year without any reason given as to why.

The Rising of the Shield Hero Season 2 is being directed by Masato Jinbo (Restaurant to Another World), who takes over from Season 1’s Takao Abo.

Keigo Koyanagi is back in charge of script composition, as is Masahiro Suwa as character designer.

The full voice cast is also returning for the second season.

The Rising of the Shield Hero Season 2 is expected to stream on Crunchyroll soon after it’s Japan premiere.

Meanwhile, watch the first season of the anime on Crunchyroll, and watch the Season 2 trailer below.