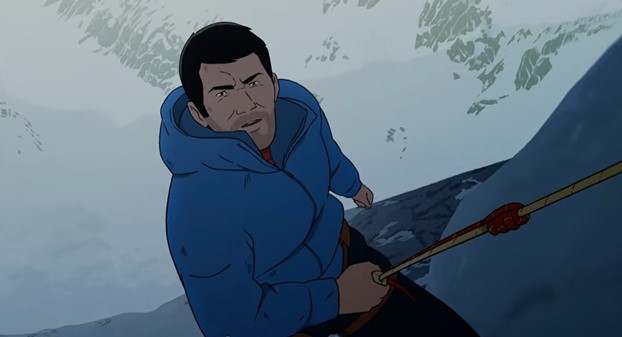 Netflix has released a trailer for the upcoming animated film The Summit of the Gods, which will be arriving on the streaming platform next month.

If critics are correct, watching the film will be one of the most amazing experiences any anime fan can experience, as it has been praised for its art style, animation, voice acting, music and sound design.

Animated by French, Belgian and Luxembourgish animators, The Summit of the Gods is based on the manga series by Jiro Taniguchi (in Japan known as Kamigami no Itadaki), which itself is based on the novel by Japanese science fiction writer Baku Yumemakura.

The Summit of the Gods tells the story of Fukamachi, a wilderness photographer who finds a camera he believes belonged to iconic British climber George Mallory, a climber who was lost on Everest with his partner Andrew Irvine way back in 1924.

After Mallory meets another climber, Habu Joji, the two men set off on a climb up Everest in an attempt to solve an historical mystery. 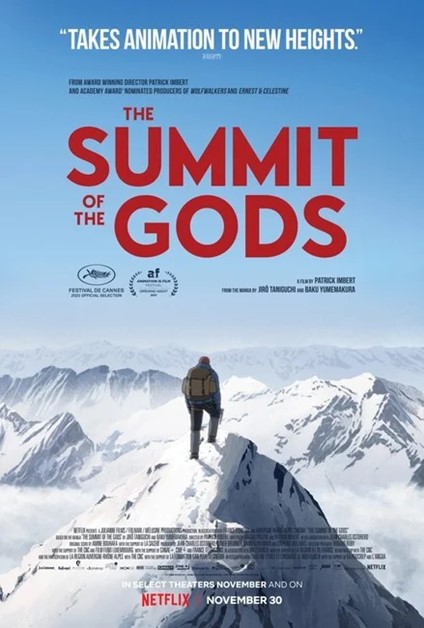 The Summit of the Gods was directed by Patrick Imbert (Ernest & Celestine). Imbert also wrote the script along with Magali Pouzol and Jean-Charles Ostorero.

Amine Bouhafa (Timbuktu) composed the soundtrack for the animated film.

Netflix will be streaming The Summit of the Gods worldwide, except in France, Benelux, China, Japan and Korea beginning November 30th.

Before that, it will get its North American premiere opening the L.A. Animation Is Film Festival at 7:30 pm tonight. Patrick Imbert will also hold a Q&A after the film’s showing.

Watch The Summit of the Gods trailer below, and mark your calendars for November 30th. Now doesn’t that look like the loveliest thing?