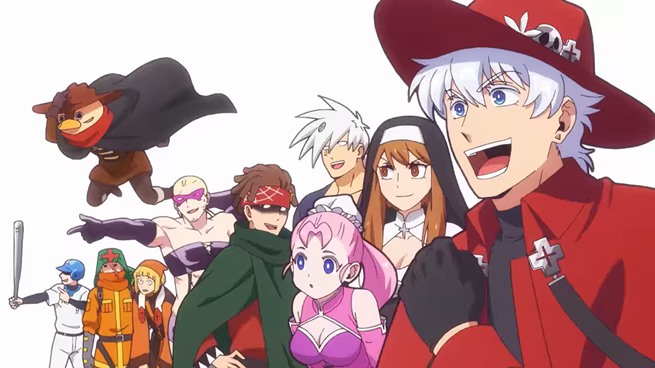 With The Vampire Dies in No Time just kicking off its second season, it might seem the undead-themed gag anime couldn’t get any sillier than it did in its crazy first season.

Cue the just-released The Vampire Dies in No Time Season 2 creditless ending animation, which has every character in the series doing a silly dance while Draluc’s familiar John the Armadillo wakes up, does a few stretches and then calmly trots through every scene as he gets on with his day.

The Vampire Dies in No Time anime is based on the manga series by Itaru Bonnoki, which has been serialized in Weekly Shōnen Champion since 2015, as well as compiled into 23 volumes.

It is directed by Hiroshi Kōjina (Hunter x Hunter), with Yukie Sugawara (Overlord) in charge of scripts and series composition, and Mayuko Nakano (Inazuma Eleven) as both character designer and chief animation director.

Madhouse is in charge of anime production.

Watch the new The Vampire Dies in No Time Season 2 creditless ending animation, and enjoy just how calming, silly and relaxing it is.

You can also listen to TRD’s ‘Cozy Crazy PARTY!’ in full on the Spotify player below that.

Meanwhile, Season 2 of the hilarious anime (along with Season 1) is now streaming via Crunchyroll.