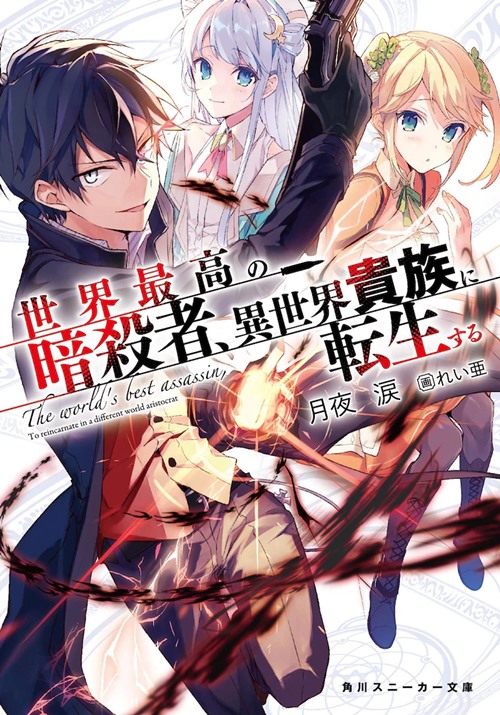 The World’s Finest Assassin Gets Reincarnated in Another World as an Aristocrat light novel series is getting an anime series.

The series will be directed by Masafumi Tamura (Wise Man’s Grandchild, The Misfit of Demon King Academy) via Silver Link and Studio Palette.

Voice actors announced for The World’s Finest Assassin Gets Reincarnated in Another World as an Aristocrat anime series so far include Kenji Akabane (Uzaki-chan Wants To Hang Out!) who plays Lugh, Reina Ueda (Dr. Stone) who is voicing Dia, Shino Shimoji (Hakumei and Mikochi) is Maaha, and Yuki Takada (New Game!) is the voice of Tarte.

The World’s Finest Assassin Gets Reincarnated in Another World as an Aristocrat anime is based on the light novel by Rui Tsukiyo, with illustrations by Reia.

The English version of the light novel series is now available in a digital download version ($7.99 US) and a trade paperback ($15.99 US) via Yen Press.

They describe the plot of the series this way:

I’m going to live for myself!”
The greatest assassin on Earth knew only how to live as a tool for his employers—until they stopped letting him live. Reborn by the grace of a goddess into a world of swords and sorcery, he’s offered a chance to do things differently this time around, but there’s a catch…He has to eliminate a super-powerful hero who will bring about the end of the world unless he is stopped. Now known as Lugh Tuatha Dé, the master assassin certainly has his hands full, particularly because of all the beautiful girls who constantly surround him. Lugh may have been an incomparable killer, but how will he fare against foes with powerful magic?

Source: The World’s Finest Assassin Gets Reincarnated in Another World as an Aristocrat anime official website