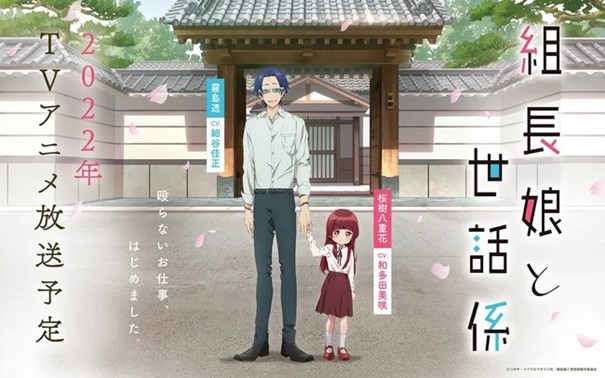 The Yakuza’s Guide to Babysitting manga series is getting an anime, and today its two main cast members and staff were announced and a cute visual was released.

The Yakuza’s Guide to Babysitting anime (aka Kumichō Musume to Seiwagakari in Japan) will premiere sometime in 2022.

Anime studios feel. and GAINA are in charge of anime production.

Kaiten Books is publishing the manga series in English. They describe the story like this:

Kirishima Tooru is as vicious a yakuza as they come, to the point where he’s earned the nickname “the Demon of Sakuragi.” To get him under control, he’s suddenly given a new mission straight from the boss—to babysit his daughter!

Keep up to date with more news about the upcoming anime series on its official website.