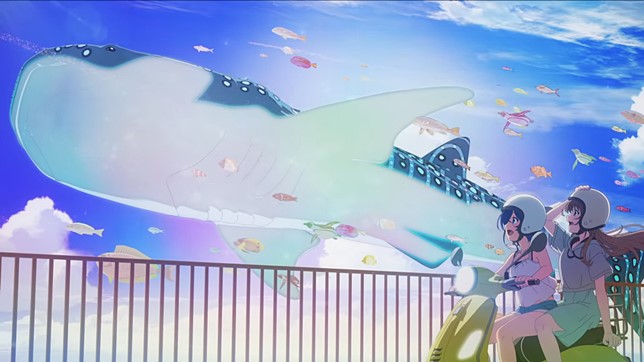 
The credit-less animation shows leads Kukuru Misakino and Fūka Miyazawa enjoying their lives on the Japanese island of Okinawa. One girl, Fūka (played by Rikako Aida), is a former idol who escaped to Okinawa after deciding to get out of the idol world.

The other, Kukuru (voiced by Miku Ito), is spending her summer desperately trying to save her family’s small aquarium from closure.

The Aquatope on White Sand (aka Shiroi Suna no Aquatope) is currently streaming on Crunchyroll, with two episodes released so far.

Viewers have awarded it five out of five stars so far.

Watch the just released The Aquatope on White Sand credit-less animation and listen to the series’ theme song below.

You can also check out the series’ trailer down there as well, before you head off to Crunchyroll to watch it.