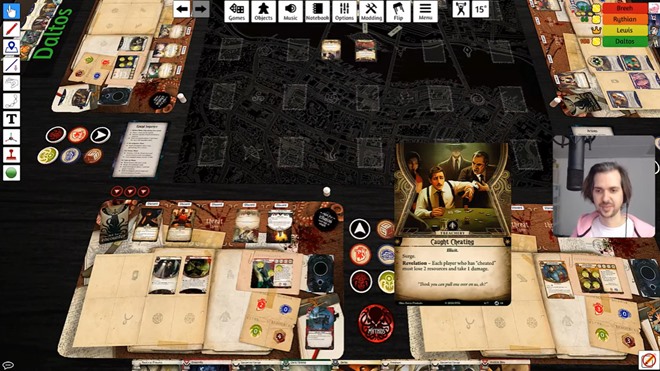 I have to admit, I do not play a lot of board games. Not because I don’t like them, but because none of my friends are interested in playing them.

That being said, I just spent almost three hours watching an Arkham Horror: The Dunwich Legacy — The House Always Wins playthrough on YouTube and now I have to share.


The playthrough has just been uploaded to the YouTube Games Night channel — aka some of the guys from the very successful entertainment company The Yogscast (Lewis, Rythian, Daltos and their good friend Breeh!) — and it is extremely entertaining.

It is one of two Scenarios in this campaign, this one with a goal of finding the missing professor Dr. Francis Morgan. The other Scenario, Extracurricular Activity, has a goal to locate the equally missing Professor Warren Rice.

In the Games Night Arkham Horror: The Dunwich Legacy — The House Always Wins playthrough, Breeh plays character Father Mateo, the Priest. His goal is to be ‘”cool, calm and collected throughout the playthrough”.

Daltos is Leo Anderson, The Expedition Leader who is “a man of few words” and Lewis plays Silas Marsh, The Sailor who, at least according to Lewis’s impression, sounds a bit like a pirate.

All four are tasked with going to the Clover Club, a notorious gambling joint, where Dr. Morgan was last scene. The problem is the club can be a little difficult to find.

Gameplay, of course, is typical Yogscast — lots of discussion about moves to make, joking and making fun of each other.

It is a great way to learn what is a complicated tabletop game, though, as these guys really do look at it from every angle before they make a move. 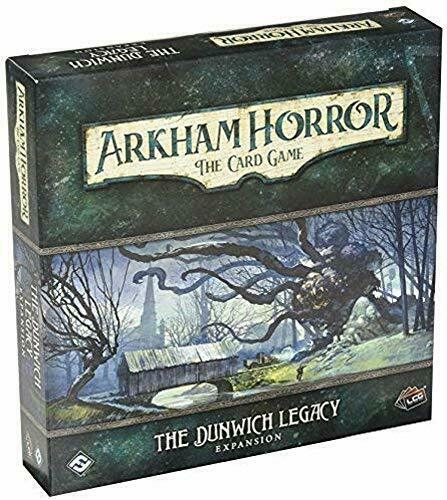 What is Arkham Horror: The Dunwich Legacy?

If you do not own the game, but loved the Games Night’ lads playthrough enough to buy it, here are a few things to know about it before you do:

Arkham Horror: The Dunwich Legacy is:

Several months ago, three Miskatonic University professors armed themselves with secret knowledge, traveled to Dunwich, and brought an end to the strange and terrifying creature that had been terrorizing the secluded village. Now their story continues in The Dunwich Legacy expansion for Arkham Horror: The Card Game. Your mentor, Dr. Armitage, was one of those three professors.

When his colleagues go missing, he fears the worst and asks for your help. With its five mini cards and 156 full-size cards, The Dunwich Legacy challenges you to find the missing professors, launching you into a campaign that leads to Miskatonic University, the notorious Clover Club, and beyond.

Five new investigators arrive to offer their services, and you can arm them with fifty-nine new player cards (including a complete playset of each). Pursue new deck-building strategies and new styles of play. You’ll need all the help you can get as you play the expansion’s two scenarios and encounter all manner of new terrors – from backroom thugs and bad luck to arcane hexes and wholly unnatural abominations. This is not a standalone product.

**A copy of the Arkham Horror: The Card Game Core Set is required to play.

You can grab a copy of the core set and the deluxe expansion on Amazon which, at the moment, seems to have by far the cheapest prices. Especially when you consider they offer free shipping.