Against my better judgement, I watched a Paper Dolls: Original walkthrough of the indie game today.

Not because the game is poorly designed, as it most definitely is not, but because it had more jump scares in it than I expected, and was quite a bit more frightening overall as well.

Paper Dolls: Original begins with a pleasant scene of a man driving his young daughter to her mother’s house. During the drive, he gets into a car accident and, when he wakes up, he is in a deserted Chinese mansion with no idea how he got there.

As he gains consciousness, he hears a voice saying “Finally…you are back”, and then sees the body of a man that has been decapitated.

It is now up to him to get through the mansion, finding clues and solving puzzles, while avoiding ghosts and trying not to get killed. He must ultimately find his young daughter and get her safely back home.

Be warned though, along with its scariness, it is also not a game that is particularly easy to beat. 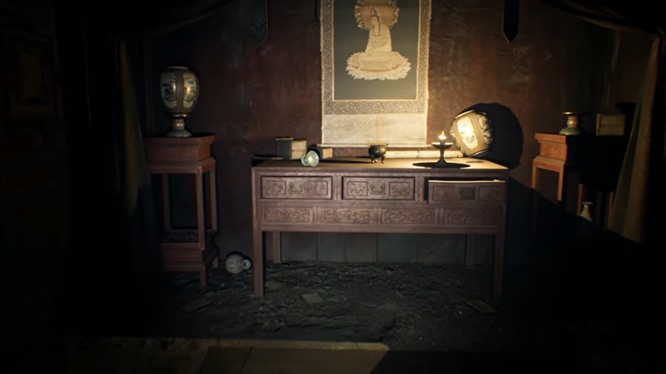 His is usually the channel I go to when I want to check out a new horror game, as his videos are often one-video longplays, and without any commentary.

That means they are easy to watch in one sitting.

His Paper Dolls: Original walkthrough was no exception, coming in as it did at one hour and 30 minutes in length. A playthrough that was in one video and without commentary.

He also plays the game at a reasonable pace, he solves puzzles quickly and he covers most of the content. Even if he manages to do so in just over 90 minutes.

I am not a particularly good horror games player myself, as I tend to get too freaked out. That is why I usually watch someone like SHN — Survival Horror Network play a game as, weirdly, gameplay from a distance doesn’t frighten me as much.

This one, however, was still quite scary with its seemingly hundreds of dark rooms to explore, an untold number of swing doors to push through without any idea what may be lurking on the other side, and ghosts jumping out in some of the most unexpected places. Paper Dolls: Original is a decent horror game and well worth a watch or a purchase

In other words, if you like horror games that are genuinely frightening, and with a plethora of jump scares, and you also love hunting clues and solving puzzles, chances are you will enjoy SNH’s Paper Dolls: Original walkthrough.

If you enjoy playing horror games yourself, this one is also a decent one to purchase

The story is interesting, there are many notes and other collectibles to find, and a plethora of achievements to complete. The graphics are nicely done, and the voice acting, which is in English, is excellent.

Running through it again in nightmare mode after completing the first run would afford you even more of a challenge, and allow you to see what you had missed.

SHN’s Paper Dolls: Original walkthrough ends with the message ‘To Be Continued’. Something other players have also said was the message they received at the end of the game.

Leaving them to wonder was there more content coming, or was this it for the price paid?

Either way, SHN did finish his walkthrough of the game as it stands at the moment. In just over 90 minutes.

An incredibly fast speed for a game that is supposed to last around nine hours, but with gameplay that also seemed to wrap up most of the game’s available story and content.

Watch SHN’s Paper Dolls: Original walkthrough below to see for yourself. Just make sure you do not watch it with the lights off. Unless, of course, you are not as easily freaked out as me.

You can buy the game on Steam.

Related Reading: This Pamali: Indonesian Folklore Horror walkthrough will scare the beejeezus out of you