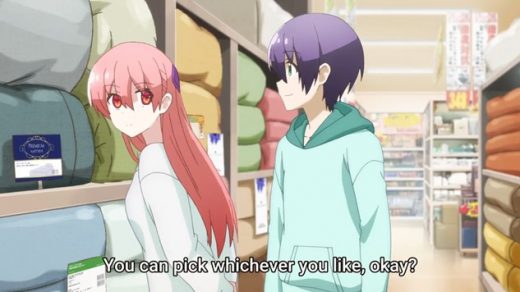 Another TONIKAWA: Over The Moon For You key visual has been released this weekend. This time the visual features the adorable Tsukasa in a kimono.

The new TONIKAWA: Over The Moon For You visual is one of a series of Tsukasa visuals that have been coming out over the last few months.

This time it is a kimono, and was likely drawn to celebrate the New Year when most Japanese head to a local shrine for hatsumōde — the Japanese tradition of returning old amulets to the temple for burning, getting new ones and then praying for good luck for the coming year. 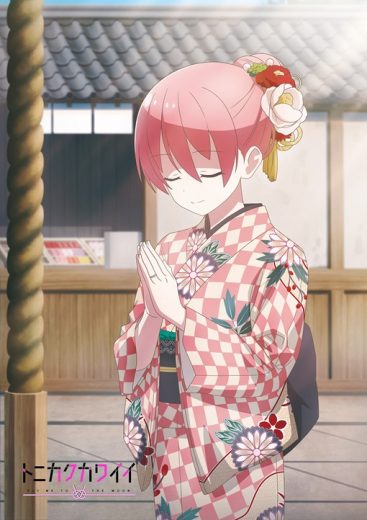 The TONIKAWA: Over The Moon For You anime is based on the manga by Kenjiro Hata (Hayate the Combat Butler), and tells the story of Nasa, a teenager who is almost killed in a car accident one night until a girl appears out of nowhere and saves him.

Nasa declares his love to the beautiful girl named Tsukasa, and she promises to date him. But only if they can get married first.

Tsukasa then disappears, but reappears on Nasa’s 18th birthday. This time with a marriage license.

The first season of TONIKAWA: Over The Moon For You aired at the end of 2020, and was followed by an OVA last year.

A second season and a special episode is in the works, but there hasn’t been an announcement yet as to when they will premiere.

Until there is, enjoy the lovely new TONIKAWA: Over The Moon For You visual of Tsukasa in a kimono, along with the others released in previous months.

The first season of TONIKAWA is streaming on Crunchyroll.